THE MACRO ENVIRONMENT HAS BECOME MORE CHALLENGING TO READ 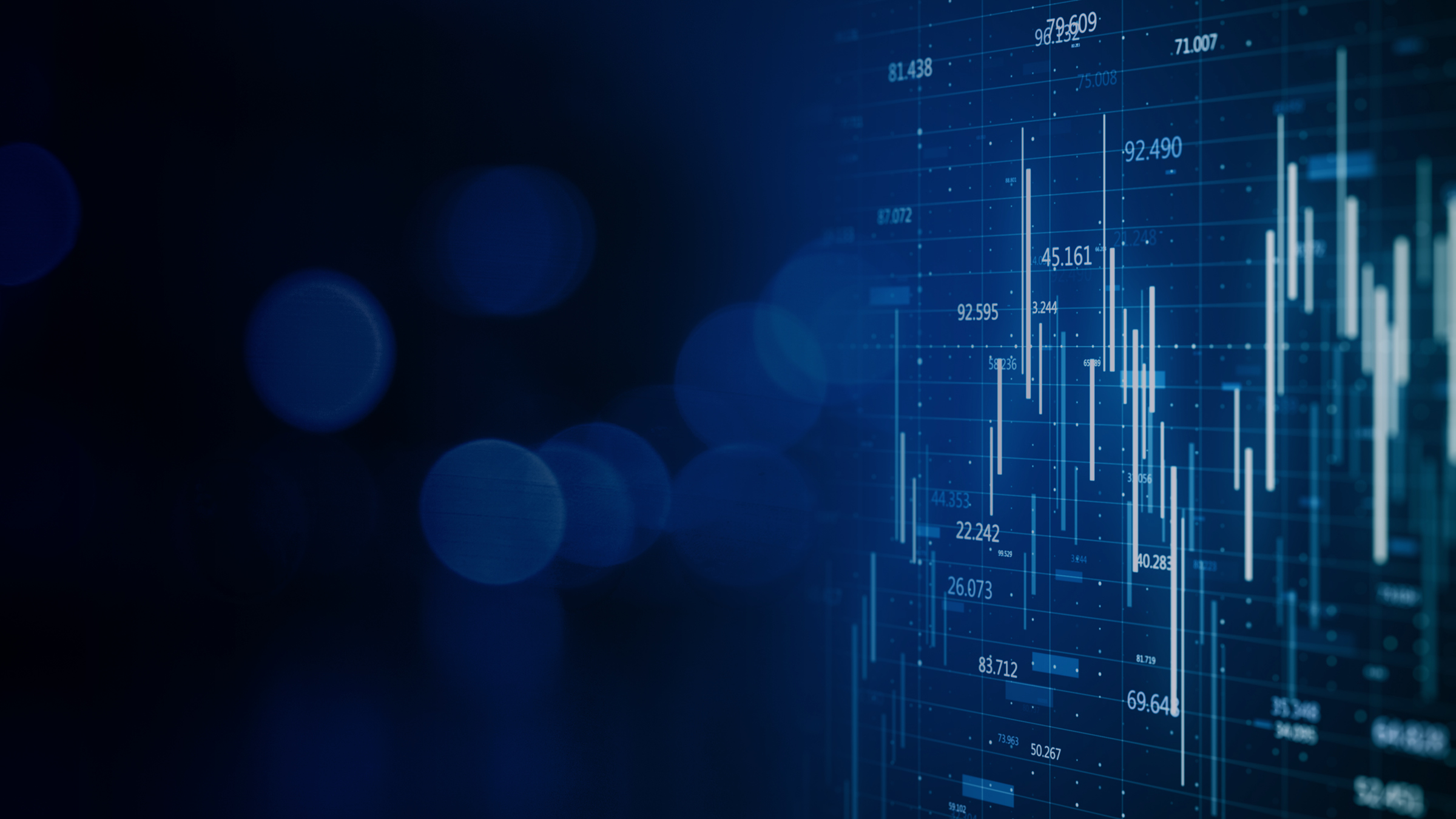 Martina Hoffard interviews renowned French economist Marc Touati to understand his mid to long-term assessment of the macroeconomic development and where he sees the major challenges ahead.

Marc, you’ve recently taken a more pessimistic stance on the European economy, or should I rather say, an uneven one?

The overall environment has definitely become more difficult to predict, which is mainly the result of two phenomena: global value creation chains exhibit new patterns in terms of how supply and demand effects develop. A prominent example is that of inflation with an often-cited argument being that globalization is eating up price increases. I would rather argue that heterogeneity of effects has increased since the division of sectors between manufacturing and service has changed a lot. The other major distorting aspect is that the massive fiscal and central bank stimuli have somehow camouflaged the economic reality.

What would then be the economic reality?

When we had a similar situation after the global financial crisis in 2008/ 2009, it was the financial sector that needed support. Governments offered and even forced big banks to take up state aid to stay resilient until own funds were sufficient to compensate for the fiscal money. Since those aids came with significant restrictions to remunerations, dividends and risk management, banks were keen to stand on their own feet rather sooner than later. For those who were unable to, it was relevant where they were located. While European governments were struggling to make an example of a single case, the United States didn’t hesitate to let some 400 banks go bankrupt. Yes, the European banking sector is much more resilient now than it was then. However, banks’ profitability is extremely poor and the low interest rate environment – a result of support measures in the first place – will continue to weigh on legacy business models. So, there must be a point at which to pull the plug and avoid that, measures, initially aiming at easing the situation, will deteriorate it in the mid to long-term. And at least to some extent, this is what we’re seeing now with the corporate sector. The continued support – if not granted selectively but sprayed from a watering can – is not just further delaying structural adjustments and reforms we urgently need in Europe, it suppresses the cyclicality that an economy needs to function, too.

Do you think that government officials across Europe share your views?

At least, they are all aware of this problem and, what’s more, the European Central Bank (ECB) has urged governments to consider corporate bankruptcies as an option…

…but the ECB said that policies should continue to support the recovery?

Yes, but it also said that those policies should target the build-up of vulnerabilities in certain areas, expressly identifying corporate solvency as one of the key challenges to be addressed. According to its May ’21 Financial Stability Review1 , the ECB recognised corporate profits in 2020 falling 8.1 percent below gross profits in the year before. At the same time, bankruptcies in the Eurozone were 20 percent down compared to 2019 as a result of policy support and the suspension of mandatory insolvency filings. Admitting it will be a challenging task, the ECB admonishes governments to switch to a more targeted approach, supporting those corporates that hadn’t come under financial stress anyway. We should also not forget that, while we are under the impression of a reopening, this will not take us anywhere near where we were before the crisis. There are sectors that will suffer from the cyclical restrictions being imposed alongside the seasonal spreading of Covid-19 such as tourism, restaurants, sports or events. There will be sectors that will see businesses dwindling permanently, such as office properties and there will be industries that will suffer both cyclical and permanent losses such as aviation – since I cannot imagine that we’ll return to the pre-crisis intensity of business travelling. But that’s not my only concern with the support programmes…

..what else worries you about them?

Well, the ECB says that in a trade-off between the costs of resource misallocation and the potential costs of withdrawing support to viable firms too early, the former would be the lesser of the two evils. This may be a true from a short-term perspective; in the long run, it is underpinning the notion that, with the help of the ECB and government support, we will weather every storm. I fully agree that there hadn’t been alternatives to the broad and exhaustive support when the pandemic began. But the ongoing, unlimited and undifferentiated credit is no incentive whatsoever for European countries to finally kick-off the long overdue reforms of pension systems, health sectors, nationwide 5G networks or other similarly important projects. Note that, as a result of its latest programs, the ECB’s balance sheet blew up to EUR 7 trillion2 – compared to EUR 1.5 trillion at the end of 2007, EUR 2.1 trillion at the end of 2008 and EUR 4.77 billion at the end of 2019. In fact, the effectiveness of its monetary policy measures is decreasing constantly as interest rates are ultra-low for a long time. Combining this with the massive liquidity that had already been in the markets before Covid-19 creates a dangerous mix as asset classes inflate. In so many ways this is creating a burden that cannot be easily ablated by just betting on sources of income in the future. All the more, since it becomes harder and harder to imagine what these sources of income shall be – when burdens such as pension obligations grow exponentially instead of at least remaining stable and the willingness to create a solid foundation for future productivity gains by inducing reforms is missing. If one doesn’t bother from a macroeconomic perspective, one should at least feel guilty for the betrayal of future generations.

Don’t you recognise a rethinking given the boom in sustainable finance?

Fortunately, the boom in ESG3 investments shows that the private sector progressed far beyond what is still the official governments’ position in many European countries. And I consciously don’t mention the European Union (EU) here because the European Green Deal – by means of which Brussels aims at transforming the EU’s economy towards sustainability and carbon neutrality – or the SFDR4, abandoning the ‘greenwashing’ of financial products and services by providing more sustainability related information show that, at EU level, the signs of the times have been recognised. Ultimately though, I think it has been private demand that has incentivised these initiatives as well as those that are already under way in Big Energy or with car manufacturers, all ramping up their investments in forward-looking technologies that are less resource-consuming.

How would you generally rate the role of the private sector for the broader economy?

A combination of factors has definitely increased its significance. First, there is the increased relative importance of the service sectors over the industry sectors as a result of technological leaps, globalisation and more modern economies. Then, there are the accumulated savings of the private sector, which increased to a record 19.4% in 2020 at Eurozone level. The European Commission believes that this rate will have come down to 13.6% in 20225 which would, while remaining above pre-crisis level, mean a release of one third of accumulated savings that can unfold its impact on demand. But let’s be realistic: aren’t it just the wealthier households that were able to accumulate savings at a larger scale and can you thus expect their consumption to be unleashed after a reopening of services restricted throughout the pandemic? It is unclear as well how the labour market will develop after the pandemic-related job retention schemes will have fully expired across Europe. So yes, the role of the private sector is much more pivotal than it was in the 20th Century but it can hardly compensate for the effects created by the massive monetary support programmes that hit an environment marked by interest rates at zero or below.

For the private sector as investors, how would you recommend to strategically position the most effective way in these times?

As I mentioned at the outset, the macro environment has become more challenging to read, not least because of the heterogeneity of effects. The same is true for the corporate world where a much deeper analysis of the business model is required to answer the question whether or not a company will be able to benefit from postcrisis demand patterns. At the same time, this offers plenty of opportunity for picking the right niches for those who want to allocate the relevant resources to an active investment approach. As we’ve witnessed over the course of the last year and a half, a trend towards investing more actively seems evident. Over the long-term, and against the background of my predictions regarding the more delayed impacts of the monetary policy of recent years, I’d recommend building long-term wealth. An ideal retirement savings portfolio should consist of equities by at least 50%. The composition of the remainder of the portfolio very much depends on the investor’s age, investment horizon and risk profile. For government bonds, I expect the bubble to burst sooner or later with their rising interest rates then not compensating for their prices declining.

Did you follow our launch of the SERIX6 Index, a retail investors’ sentiment indicator, in May of this year?

Yes, I did and I must say that I am usually of the opinion that indices typically reflect present market movements, generally allowing limited conclusions on what the direction of the market will be going forward. In contrast, measuring the sentiment by capturing expectations based on futures, options or securitised derivatives traded is a different thing. Once sentiment indicators and their underlying reference indices start to diverge, it’s often getting interesting.

3 September 2021 has marked the finalisation of the biggest reform of the DAX in its 33-year history. I wanted to know from Tobias Stöhr who is overseeing our German business, whether the index provider’s attempt to create a more contemporary mix of industries, simultaneously setting stricter access rules has been successful.