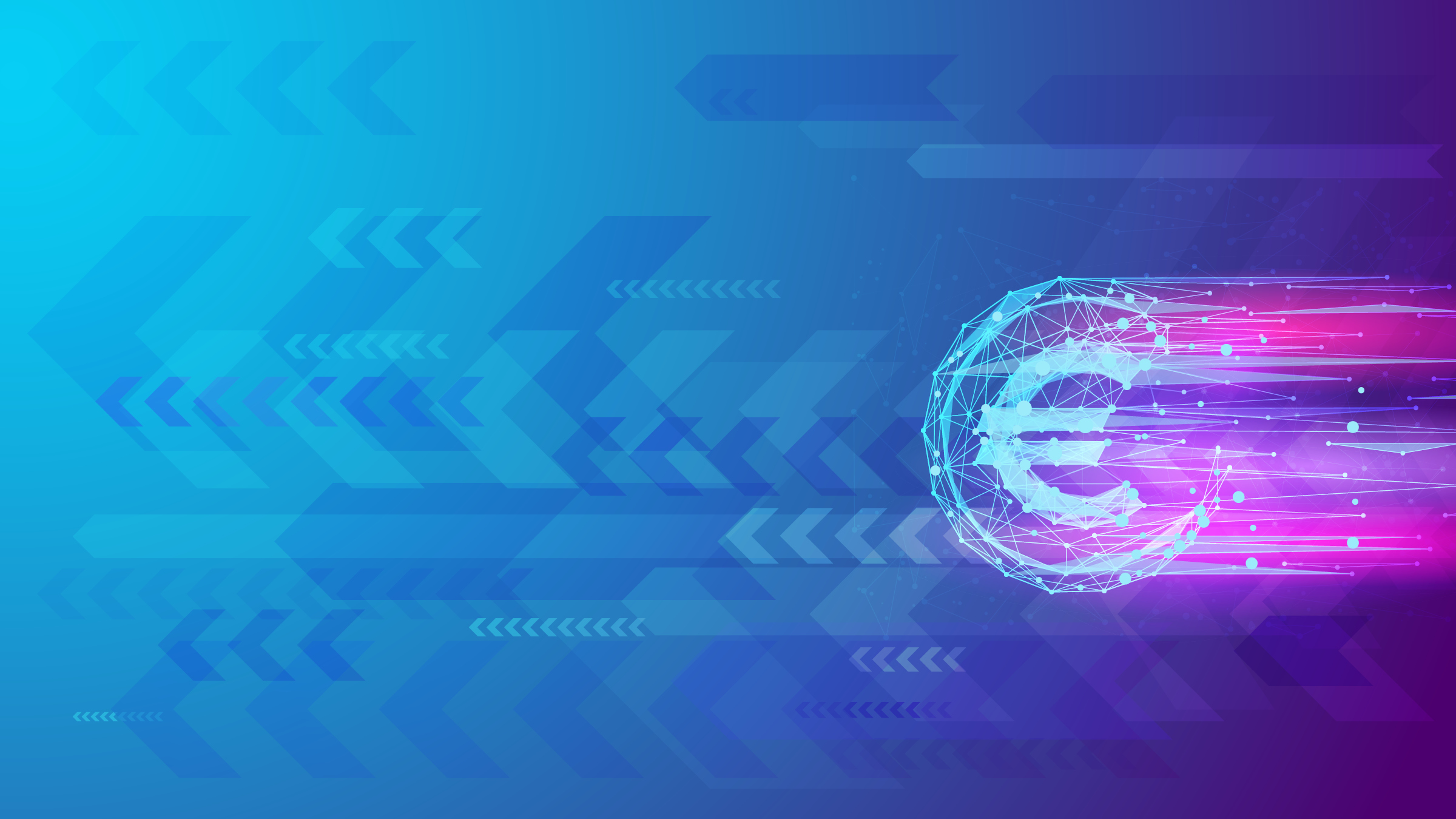 About twenty years after the introduction of the euro, the European Central Bank (ECB) is approaching the next phase of its project to develop a digital euro. While this next phase has been officially called a “formal investigation phase” by the ECB’s Fabio Panetta1 , there is little doubt that the digital euro will soon become reality.

Prior to the issuance of euro coins and banknotes on January 1st, 2002 – which remains the largest cash exchange in history for twelve Member States of the European Union – there had been a three-year “shadow” existence of the currency, used for settlement and electronic payments starting on January 1st, 1999. Before that, there was a ten-year preparation phase during which economic and political convergence issues had to be solved. Although many of the obstacles of yore no longer exist, there are new challenges today. And while the ECB exercises care in addressing them, it envisages the preparation phase for a digital euro to be half as long as for its analogue mother.

In October 2020, the ECB published a first report2 and has since been testing options for technology and infrastructure that may facilitate the issuance of the digital euro in line with the Eurosystem’s objectives of currency stability, integrity, security and – as a new requirement specific to the currency being digital – confidentiality. As Panetta told the Financial Times recently, the ECB “tested the possibility of running a digital euro with a centralised system, a decentralised one, a mixture of the two and with offline payments”, organised in four work streams. After the upcoming two-year investigation phase, during which it will also consult with the European Parliament, the European Commission, the European Council and the group of European Finance Ministers, the ECB plans an implementation phase of around three years in cooperation with banks and technology providers.

This outlines the core differentiation: crypto assets are a digital representation of a value or right that can be electronically transmitted and stored based on the usage of the distributed ledger technology (“blockchain”). So, the digital euro is neither a token, nor does it constitute E-money which is issued by supervised private entities.

The ECB describes the digital euro as a risk-free form of central bank money, a digital representation of cash issued exclusively by the ECB and national central banks, and always remaining their liability. As with the existing euro, the ECB holds itself accountable for warranting the stability of the digital euro’s purchasing power through the enforcement of its monetary policy. The common umbrella term for such type of currency is “CBDC” (Central Bank Digital Currency).

But again, the digital euro itself will not be a crypto asset. While using a blockchain would help solve the confidentiality issue mentioned earlier, it would at the same time entail a challenge to the integrity of payments conducted by means of the digital euro, since the principle of “Know Your Customer (KYC)”, anti-money-laundering (AML) and countering the financing of terrorism (CFT) would be difficult to exercise. The backend infrastructure solution to be finally chosen by the ECB will depend on other factors, too. It could, for example, employ the existing digital central bank money transaction system, it has been using for wholesale transactions since 2008: TARGET2 (T2) for wholesale payments, TARGET2 SECURITIES (T2S) for the settlement of securities trading in central bank money, and the TARGET Instant Payment Settlement (TIPS) service for instant payments. However, this would prevent it from applying an account-based model where end-users have their accounts in a centralised Eurosystem infrastructure, since it would be impossible to process the extreme volume of (single) payments.

However, a centralised approach based on accounts directly provided to retail customers by the Eurosystem wouldn’t be a smart approach in the first place, as it would significantly disrupt commercial banks’ businesses. Here, it is not exactly the fate of a single institute that concerns the ECB but rather the threat to overall financial stability. Apart from the fact that the ECB doesn’t have the capacities to perform all the client-facing operations, entering into retail banking would force banks into riskier assets, curb lending and depositing more funds with the ECB. Indirectly, it would harm the efficient transformation of maturities in which money is borrowed and lent within the private sector that is vital for a functioning of the economy. What’s more, it would blow-up the ECB’s balance sheet with the respective liquidity, credit and foreign exchange risks coming with it.

There are many more implications inherent to the introduction of a digital eurothat, if misconceived, could have serious consequences. It is thus very likely that the ECB will act very cautiously with a view to the share of payment transactions the digital euro may assume from the non-digital euro or regarding the maximum funds an individual may hold in an account. In order to be considerate of these particularities, the ECB has issued a set of core principles and general and scenario-specific requirements. Aside from assigning it the status of central bank money convertible at par, the ECB commits itself to the market neutrality of the digital euro. It has also made the digital euro’s equal accessibility throughout the Eurozone a core principle. General and scenario-specific requirements, to the extent not yet discussed, include cash-like features (e.g., allowing for offline payment and inclusion), competitive features (making the digital currency sufficiently attractive) as well as requirements to its resilience, safety, cost and ecological efficiency and measures that will avoid it becoming an investment vehicle rather than a means of payment.

The concrete legal framework is also not yet in existence. Although most aspects of the target functional design are theoretically covered by the TFEU3 or the ESCB4 , formally, the basis is not in place for the treatment of the digital euro as legal tender.

The development of the final architecture will be a very interesting process to follow. The ECB has indicated that it may use TIPS to proceed retail payments based on the digital euro and that national central banks are already employing distributed ledger technologies. The latter suggests that decentralised infrastructures – so called DLT market infrastructures under the DLT pilot regime – could play a substantial role in the settlement of transactions as well as in collateral management, securities lending or repo transactions, in the processing of delivery versus payment quite soon.