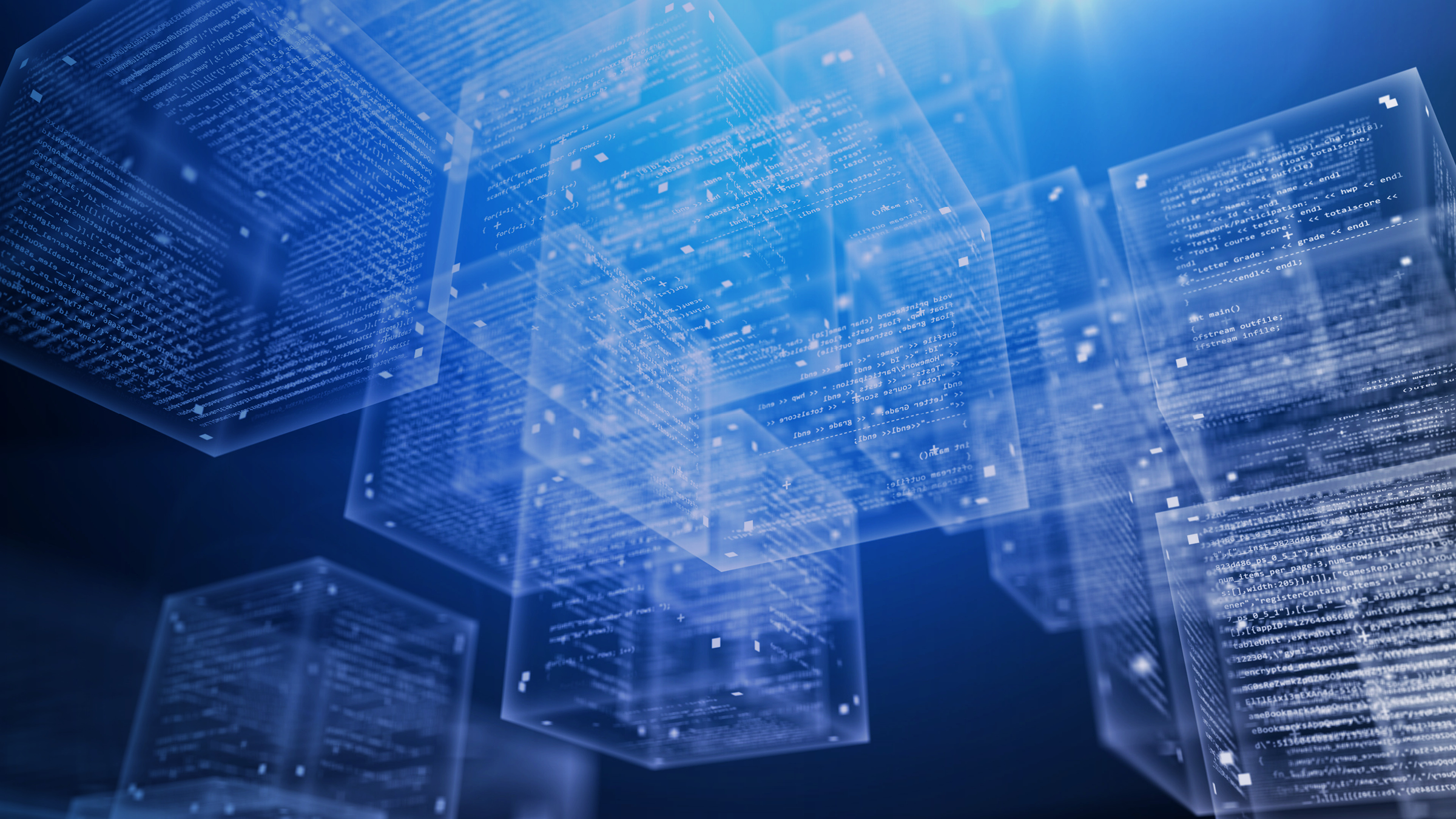 An interview about what it takes to build an MTF from scratch, and why it was an important move to make.

Michael, introducing a trading venue in an already competitive environment and shortly before the wildest volatility roller-coaster in market history – can you understand why people would say, this is ambitious?

Well, we certainly didn’t see Covid-19 coming when we were planning for Spectrum Markets. But seriously, had IG Group, our parent company, not been strongly convinced of the opportunity we’ve successfully tapped into, we wouldn’t be talking today. On the other hand, given that few people deal with market structure, such scepticism is understandable.

What do you mean by ‘dealing with market structure’?

People outside the stock exchange industry probably tend to believe that this part of capital markets belongs to the most efficient players. They hear about automated trading, based on AI and at the speed of light and, consequently, their notion is that the stock market industry is at the forefront of the advancement of technology. Accordingly, people might tend to believe there is little room for improvement, let alone the need to come up with another trading offering. Then again, if you analyse at whose command all these ever-smarter trading concepts had been in the past, it will raise some grave doubts about efficiency.

You are saying that markets aren’t really efficient?

I am saying that the stock market industry hasn’t been very efficient for a long time. Traditional stock exchanges have built powerful monopolies over the past decades. They were overseeing a lucrative execution fee, listing and market data business.

Technological as well as regulatory developments began to weigh on these sources of profit. Instead of adapting to increased competition by improving service and fostering innovation, stock exchanges have tried to crosssubsidise losses from one business by increasing fees in another area of business where they remained in a monopoly situation. The longer they adhered to this strategy, the more they rendered themselves a toy for their most important stakeholders such as large asset management companies and other large market participants from the financial industry, starting with local commercial banks. But where we decided to get involved was not the institutional business. We realised that the industry was determined to entirely ignore the rapidly changing habits and demands of the broad mass of consumers, demands which are the result of modern technology being available at an unprecedented level.

Why did you decide that an MTF (Multilateral Trading Facility) was the most appropriate venue type to offer?

That was the outcome of a whole set of conceptional thoughts around how to attract and best address the retail trading interest neglected by the industry’s established players. There are many brokers and banks offering trading functionality to their clients, but they just provide the interface. Once they have selected the product they want to trade, retail investors then choose the execution type. As a result, most of this retail order volume went to execution over the counter (OTC) because on-venue execution has been too expensive or unavailable. So, we were aiming at defining the right product to start with, transparent transaction execution processes, efficient settlement and the permanent ability to quickly introduce innovations fully compliant with regulation and approved by one of the strictest supervisory regimes in Europe. The only options allowing for credibly facilitating the above , were either a Regulated Market (RM) or an MTF. While there are hardly any differences between the two venue types, RMs are restricted to being operated by public law entities.

But weren’t MTFs introduced already back in 2007?

That’s right, but then again hardly any of the existing market operators or the start-ups wanted to see the obvious. Referring to what I’ve said about efficiency, little to nothing of the potential had so far been used to tailor a trading environment to the specific needs of the retail investor. And here’s exactly where we saw a severe lack of innovation: consumer habits, technology and regulation had changed significantly over the past years, but no offering was addressing this. And by “this” I mean a high demand for transparency and protection, products that are designed to meet the risk appetite of a retail investor, tradability at almost any time and at favourable conditions and a product range that, instead of confusing the retail client, strengthens their ability to judge and take the appropriate trading decision. It seemed no one wanted to realise the potential of the new retail client profile, let alone the opportunities arising from a pan-European approach or a platform providing for unlimited trading hours because of the load of regulatory requirements coming with such an exercise. We’ve demonstrated that it is not just possible to offer a securitised derivative based on all relevant customer documentation requirements and on a business model approved by supervisory authorities, but that it is possible to do this economically viably and very successfully.

Can you tell us a bit about the product you started with?

Trading on Spectrum started with the “turbo24”, a turbo warrant, whereby the 24 was a reference to the fact that Spectrum Markets is available for trading 24/5, from 11pm every Sunday until 11pm on Friday with no interruption. Turbo warrants are transferable securities – also referred to as securitised derivatives – enabling the investor to take a view on the market long or short and build leveraged exposure to price changes of the underlying financial instrument or asset. Such knock-out certificates allow for a higher degree of exposure than would be possible by directly investing the same amount of money into the underlying itself. As a transferable security appropriate to fulfil the transparency needs of the retail investor, all securitised derivatives not only come with a Key Information Document (KID) but also with final terms referencing to the Base Prospectus for that product.

Aside from other features, a key attribute to the turbo warrant is that the strike price and financing level are equal. In other words, the turbo warrant automatically expires worthless when the defined barrier level – “the knock-outevent” that cannot be changed during the life-cycle of the warrant – is reached.

The most relevant markets for securitised derivatives in Europe are Germany, France, Italy and Sweden. With our reach across ten European markets we already consider ourselves pan-European, but we’re seeing a growing demand in more European countries and will continue to grow. And please don’t forget, the turbo24 was just the starting point for Spectrum from a product perspective. We will be expanding both in terms of the range of underlyings for the turbo24 as well as with a view to extending the product universe from trading products to investment products.

Most of what you’ve described would have also worked on an OTC basis. When designing your concept, what finally drove you to opt for an on-venue model?

The key to our considerations was: how could we move a stagnant, non-transparent market? One that includes MTF-inherent obligations around the trading engine and the order-book. These obligations and commitments are stipulated in the governance framework ‘Spectrum Rulebook’ and they include, most importantly, the requirement to publish pre-trade (orders and quotes) and post-trade (transactions) information. But it also includes inside-out transparency: we use a sophisticated real-time market surveillance system to detect inefficiencies in the trading venue as well as potential market abuse, manipulations, unusual trading patterns and any other incident that may need to be escalated for resolution. Consequently, we only partner with institutions that fully comply with their transparency and control obligations towards the retail investor. Unless you commit to all of that, how would a retail client make an assessment as to what promises you will keep? The G20 Pittsburgh Summit, which was held in 2009 in response to the financial crisis, intended to address a lack of transparency, poor investor protection and a very unlevel playing field. One of the practical ramifications has been, among many others, clear and strict rules for market operators. We have decided that abiding by this regime will be the most credible way to design our trading platform.

Meanwhile, you are celebrating your 2nd anniversary as a trading venue – wrapping up the past two years, what were the key milestones and takeaways?

Only six months after trading commenced at our platform, we witnessed one of the most severe market crises in stock market history. The extreme up and down routes markets were sent on during a single trading session were accompanied by significantly increased trading volumes that have never been seen before. Proving resilient against this ultra-heavy load of volume and volatility can be seen as our baptism of fire. It is a strong testament to our build and has notably added to our credibility and reputation as a reliable institution.

Aside from these exceptional circumstances, we are very satisfied with how retail investors adopted our concept of trading securitised derivatives on-venue right from the beginning and how quickly so many of them took the opportunity to trade outside regular trading hours, on a 24/5-basis. Around one third of the trading volume at Spectrum Markets is attributable to what we call “out-of-hours trading”.

If you look at how our overall trading volumes have developed, that is a streak of records. In January of this year, we hit the milestone of 500 million traded securitised derivatives since launch. In a year-on-year comparison, the trading volume grew by over 160% in year two of our corporate history. While we are talking, the 1-billion-barrier of securitised derivatives traded on Spectrum has just been broken. Although young, we have built solid foundations over the past two years which we are now building on. We will be increasing the product range, introducing new members and bringing new innovations to the retail market – a very exciting time for Spectrum.

THE MACRO ENVIRONMENT HAS BECOME MORE CHALLENGING TO READ

Martina Hoffard interviews renowned French economist Marc Touati to understand his mid to long-term assessment of the macroeconomic development and where he sees the major challenges ahead.

BETTER DATA FOR ALL

USE OF FINTECH BY CSDs

At the beginning of August, the European Securities and Markets Authority (ESMA) published a report on the use of FinTech by Central Securities Depositories (CSDs).