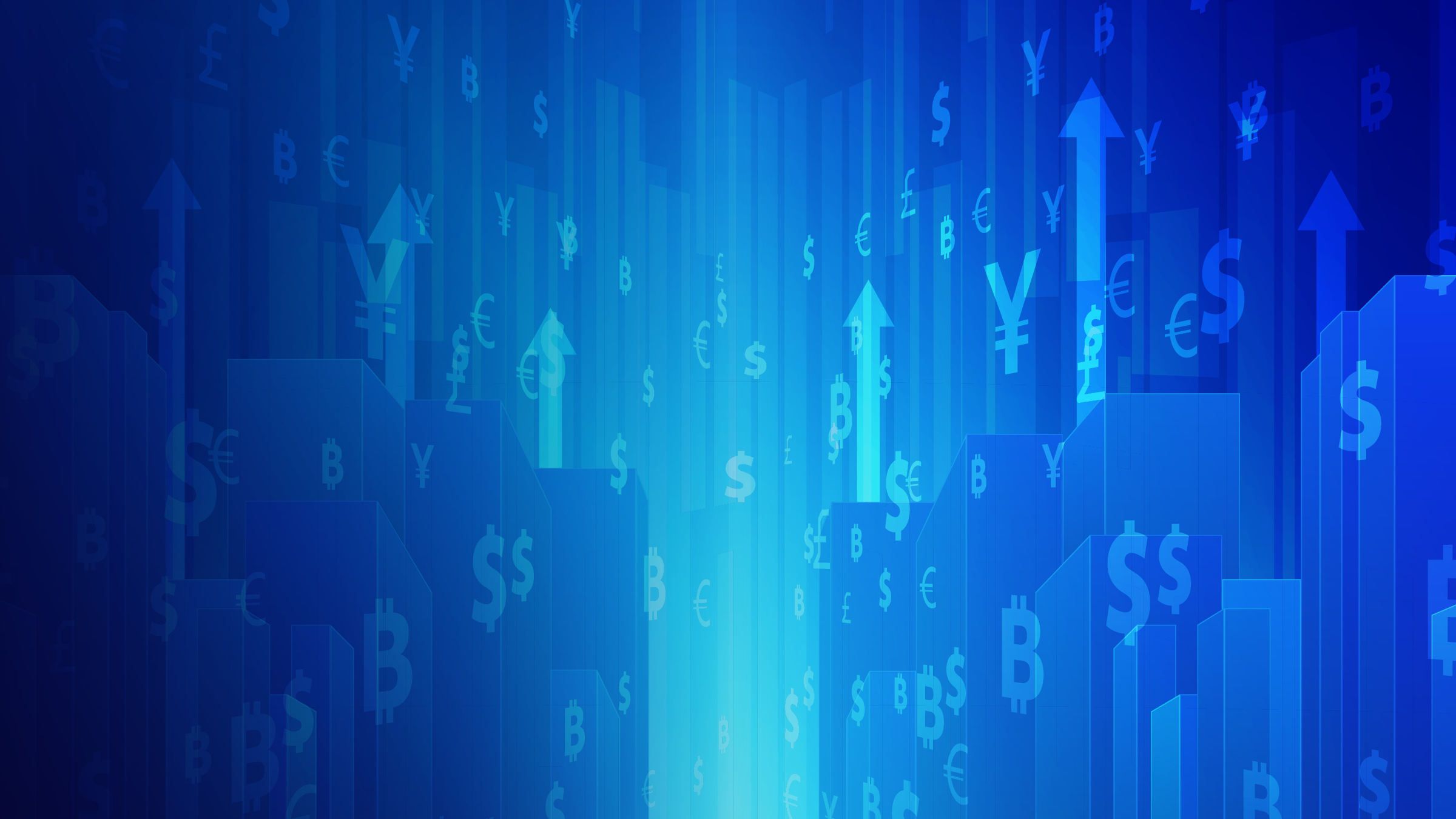 Gianluigi Gugliotta, Secretary General Assosim and Chairman of the Advisory Board of Borsa Italiana, argues that the EU’s new MiFID II “Quick Fix” remedial to poor financial research on SMEs is based on false assumptions, and is destined for failure. There is, however, another way to fix the problem.

In September, a delegated act came into force through which the Italian Parliament instructed the government to implement 14 European directives into Italian law. Among these directives, there is Directive (EU) 2021/338, better known as Capital Markets Recovery Package or “MiFID II Quick Fix”. It was issued in response to the COVID-19 pandemic and introduced limited changes to existing EU financial services legislation. The package was aimed at removing unnecessary bureaucracy and introduced measures that will help mitigate economic difficulties. Hence, one of the first legislative acts that the new Italian government will be asked to adopt contains a number of changes and amendments to financial markets legislation.

One of the main changes under the Quick Fix is about the Unbundling rules that were introduced as part of MiFID II1 and have been subject to intense debate ever since. MiFID II had prohibited investment firms such as individual portfolio managers from receiving research services from brokers as non-monetary remuneration in return for the order flow routed to that broker, as it said this practice would be in conflict with the obligation of the firm to act in the best interests of the client. Under the Quick Fix, firms shall now be allowed to bundle costs for research and execution with respect to small and mid-cap issuers with a capitalisation of up to €1bn (hereinafter referred to as SMEs). According to the EU legislator’s intentions, this exemption aims to increase the production of financial research and, through this, the transparency on SMEs, improving their conditions of access to financial sources complementary to bank credit.

The ban enforced in 2018 in the context of MiFID II, as well as the derogation now introduced with the Quick Fix, pursued, among other things, the objective of increasing the production of financial research on listed issuers and especially smaller issuers, as it has been deemed insufficient to ensure an adequate level of transparency for investors. In this respect, MiFID II aimed to remove what the European Commission had perceived to be a competitive advantage enjoyed by licensed intermediaries in the research market. In particular, MiFID II aimed to open up the financial research market to financial analysts other than broker-dealers, thereby increasing the supply of financial research to SMEs.

Back in the pre-MiFID II world, sheltering the price of financial research in trading commissions was allowed in almost all EU countries (except Italy, as we will see), thereby enabling discretionary portfolio managers to charge the cost of financial research to their clients in a non-transparent manner. According to the European Commission, this represented a competitive disadvantage for financial research produced by financial analysts other than licensed intermediaries, the price of which could not be included in trading commissions and thus had to be itemised in the periodic reporting prepared by asset managers who did not intend to internalise it (i.e., to pass it on to managed clients).

Notwithstanding the above move, in contrast to the European Commission’s expectations, an academic analysis conducted by ESMA2 in the years following the entry into force of the bundling ban has shown an even further contraction in the production of financial research (especially on SMEs listed on peripheral markets, such as the Italian one).

New initiatives to revive the production of financial research are therefore welcome. It is quite likely, however, that the attempt made with the MiFID Quick Fix to remedy a failure of MiFID II will prove to be a failure itself.

As a matter of fact, the need to compete in an efficient market has meant that the seed of transparency, planted by the EU legislator only in the individual management sector, simultaneously sprouted also in the collective management sector, affecting the entire of portfolio management industry.

It is a mistake, therefore, to believe that the removal of the bundling ban will now lead to the hoped-for increase in the level of research on SMEs, because it is unrealistic to assume that managers – especially UCITS managers – will return to charging research costs to clients in a non-transparent manner. Moreover, the new system introduced by the Quick Fix would theoretically lead to the coexistence, in the clients’ managed portfolios (and in periodic reports), of unbundled imputed costs (those on issuers whose capitalisation is over €1bn) and bundled imputed costs (those on issuers capitalising up to €1bn). This latter circumstance makes it even less likely that the asset management industry will take a step back in this regard.

Thus, as of today, it is futile to continue to recriminate the illegitimacy of the ill-fated bundling prohibition introduced at Level 2 by the European Commission (insofar as it lacked delegated authority in the context of MiFID II). Similar applies to claiming that, in the pre-MiFID II world, analysts other than qualified intermediaries did have the option of having their research invoiced in bundled mode to the operators through “commission sharing agreements” (the so-called CSAs) with qualified intermediaries, too. It would be equally pointless to recall that in Italy (as already mentioned) intermediaries and managers, even before MiFID II, had already voluntarily submitted a transparency recommendation addressed to them by Consob4 in 2009 (Communication no. 9003258 of 14 January 2009). The truth is that due to the aforementioned contagious effect of transparency, even with the removal of the bundling prohibition, it is highly unlikely that brokers and managers will be willing to include research costs in their trading commissions once again.

How to break this vicious circle then? According to a long-standing proposal from Assosim5 recently reiterated in its response to the European Commission’s consultation on the Listing Act a possible solution could be to require SMEs (on which it is not economic to produce financial research) to commission (i.e. to sponsor) the financial research on their financial instruments. Essentially, in line with what is currently envisaged in Italy for issuers listed on Euronext Milan’s STAR segment or admitted to trading on Euronext Growth Milan after 3 January 2018, all issuers capitalised at less than €1bn should commission at least two pieces of sponsored research from a financial intermediary per year.

Borsa Italiana has already begun to move in the same direction as a result of the work undertaken at the Ministry of Economy and Finance (MEF) by the ‘finance for growth 2.0’ Task Force. Among the changes to the regulation of the markets managed by Borsa Italiana, that came into force on 3 October, there is the obligation to commission at least two research studies per year for all issuers listed on Euronext Milan (hence not only for those listed on the STAR segment as envisaged in the past). Then again, this change is only partly in line with the direction desired by Assosim. Borsa Italiana – fearing that such an obligation might discourage issuers from remaining on the market – limited the scope of this requirement to newly listed companies and restricted the publication period to three years from the date of their listing. This is in the hope that tax incentives can be introduced in the meantime to substantially reduce the burden of the relative cost for listed companies.

And this is where another of Assosim’s many proposals to incentivise the production of financial research on SMEs comes into play: the introduction of a tax credit on the costs of financial research on companies capitalised at less than €1bn (i.e., provision of a tax credit equal to 50% of both the costs incurred by issuers commissioning ‘sponsored research’ and the costs incurred by supervised intermediaries for the production of independent research).

There are fixes to every problem, just not the Quick Fix that some envisage.

Further levelling the playing field? A review of a regulatory review

Aimed at increasing the flexibility of decision-making processes and improving the overall quality of legislation, the financial regulation process in the European Union has been subject to consultation and permanent review. We recently discussed amendments to MiFID II1 in relation to stricter product governance requirements and transparency rules with Dr. Alpay Soytürk, Chief Regulatory Officer at Spectrum Markets. Now, we’re returning to discuss some additional changes to MiFID II and MiFIR2 under review that may become applicable soon and that are quite severe.