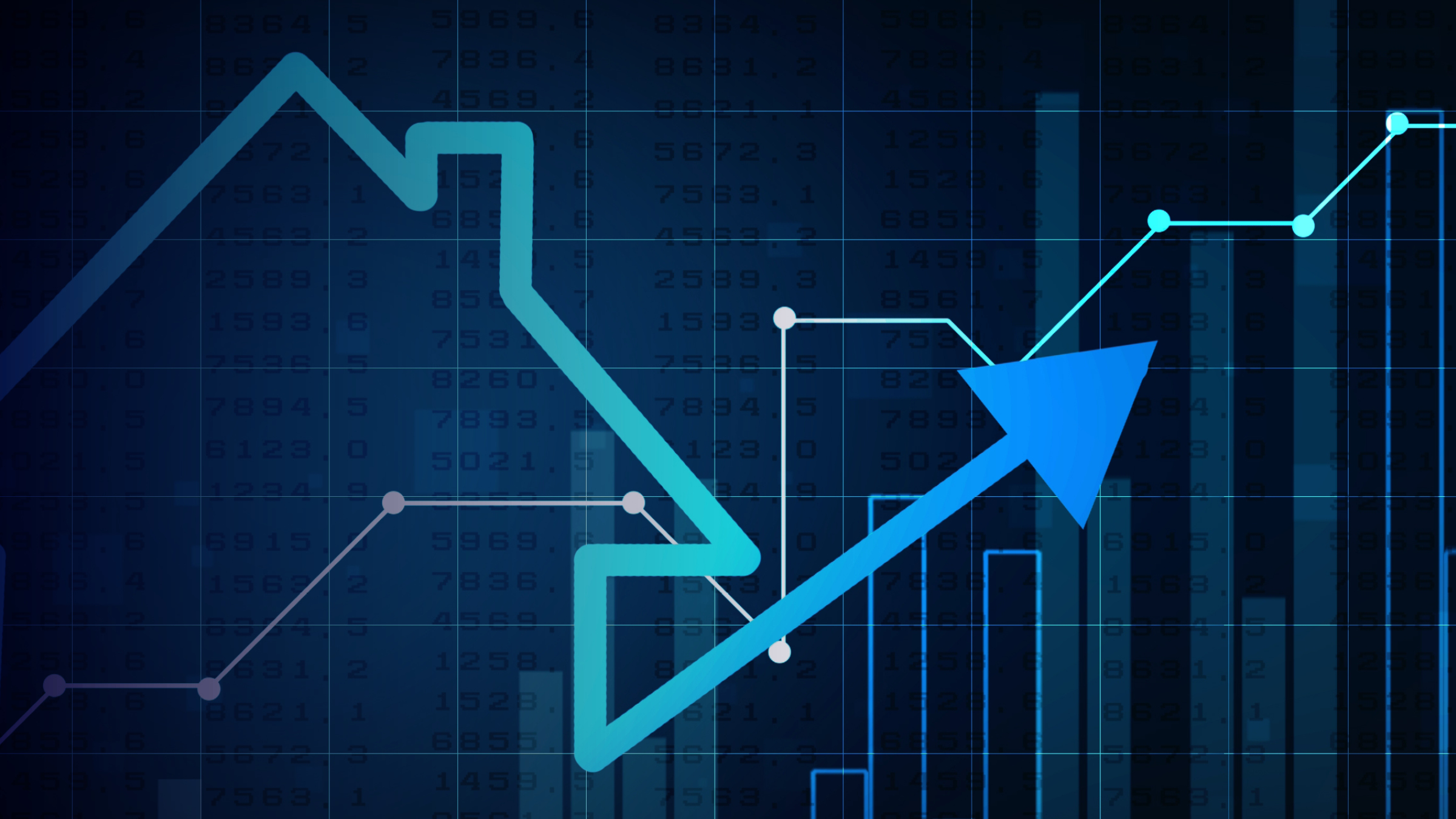 Thibault, former U.S. Treasury Secretary Larry Summers said in an interview1 recently that “...there should be increased anxiety” like there was in 2007 when people started to realise the harbingers of a great financial crisis ahead. Do you share his view?

He also said that we’re living through a period of elevated risk. While this cannot be denied, I think there are significant differences between 2007 and today’s situation. One question is whether there is an asset price bubble today and if yes, how would its bursting affect whom, how intensely and how immediately. Another question would be whether we’ll be witnessing the failure of almost an entire industry as we did some 13 years ago.

What are your views on asset prices and the financial sector today?

We have in fact seen strong liquidity inflows into equity and equity-like asset classes, crypto investments and the real estate sector over recent years. These built over a period of more than a decade of zero, near-zero and at times even negative interest rates. Distinguishing factor number one is that these investments have not been incentivised by ultra-loose bank lending or in the absence of adequate risk absorption mechanisms. These investments, even if it’s scant comfort for investors who’ve had to bear losses, haven’t been leveraged and where there were exaggerations, corrections have progressed over a certain period of time. Private investors, large institutional and retail, started to withdraw funds from those asset classes amid uncertainty about the future and – let’s not forget that – in an environment where rates start to turn positive again.

What I’m saying is that the current development is not a bubble bursting. Neither as a result of creditors withdrawing from an over-aggressive lending market – like during the financial crisis when thousands of people lost their homes and the banking sector was on the brink of collapse – nor because quantitative easing would have turned into quantitative tightening to quickly. The main thing that the liquidity crisis of 2008/09 and our current situation have in common is that their consequences had and, respectively, have to be borne by the weakest. Unlike in earlier eras, governments and monetary institutions today in theory have the legal foundation, the degree of coordination, the means and the experience to react to exceptional crises, too. However, the current concerns emerge from the question of whether the players really always act with sufficient coordination, whether they really understand how credit markets work. If these concerns persist long enough, there will be finally doubts about whether institutions still have the means to counter an exceptional situation.

Are you referring to the Bank of England’s2 emergency-mode intervention after the British government’s recent budget plan announcements?

The UK government’s growth plan – the combination of significantly increased government spending in a combination with tax cuts – sent the British pound down 3% and gilt3 yields up to more than 5% in the last week of September. As my colleague Chris Beauchamp, chief market analyst at IG, said: “We have to go back to March 2020 and the wild swings of the pandemic to find a time when the pound last suffered such a terrible week against the US dollar”.

And what may sound like a mere market anecdote to people outside the matter could be the “Lehman” moment that Larry Summers referred to. Long-term positive yield income is a favourable scenario for bond investors. Rapidly rocketing yields – which is equal to falling bond prices – however, have forced the UK pension funds as main buyers of British government bonds to increase collateral for hedged positions and to sell assets to stay liquid. Without the Bank of England’s (BoE) intervention margin calls would have probably terminated the British pension system with significant spillover effects on markets globally. The BoE said it will buy gilts on “whatever scale is necessary” in order to avoid an “unwarranted tightening of financing conditions and a reduction of the flow of credit to the real economy”.

We all remember the moments when central bank directors had to choose similar words to signal their resolution. This time, it was what I would call an “unforced political error” rather than a systemic failure or an external shock that urged a central bank to conjure the “Dicke Bertha”4. One may like it or not, when government debt yields rise and the currency goes down, then this is how the market is pricing country risk. And “the market”, as it is often referred to by those with just abstract ideas of who that may be, consists of the same entities that must buy and trade the next tranches of debt issued by the government. If these pension funds, asset managers, banks, market makers etc. start doubting your credit, this will not just increase the costs of your debt, it will also sharply limit the extent to which you can further indebt yourself.

Do politicians underestimate or misunderstand how markets function?

I think this is an individual rather than a systemic political problem. There are a few flaw components here. One is the introduction of tax cuts. Even if they proved effective in the long run – which they’re unlikely to do – you are depriving yourself of a budgetary lifeline when you need it most to fight galloping inflation and the economic consequences of leaving a common market. The promise of deregulation this is confusing today’s political and macroeconomic environment with that of 40 years ago. If your home market isn’t strong and industrially diversified enough to be self-sufficient and those economies you need to do trading with walk different paths, you must fail. These are very risky bets on the future and the “time-to-market” or, reality check, for political plans has become shorter, too. Equity markets may be in favour of promising future scenarios. Credit markets – as the name suggests – are based on the credibility of the debtor to pay back and the inherent risk is calculated and traded on a permanent basis. Simple market mechanisms need to be understood.

When the ECB raised interest rates on 8 September, it also announced it will temporarily remove the 0% interest rate ceiling for the remuneration of government deposits. Until then, interest that national debt offices could get in return for their deposits with the ECB was linked to the deposit facility rate (DFR) as long as the DFR stayed negative. In case the euro short-term rate (€STR) was the lower than the DFR, the €STR was the reference. However, even if the DFR turned positive, the remuneration for the government deposits couldn’t exceed 0%.

What the ECB describes as a measure “to preserve effectiveness of monetary policy transmission and safeguard orderly market functioning” has a straightforward impact. It prevents those national debt offices who are issuers of high-quality debt from putting their cash elsewhere – at a positive market rate – thereby reducing outstanding own debt in the repo market where this is needed as collateral to keep this market liquid. Due to the expensive bond buying programmes of the ECB over the recent years, such collateral is already rare. And when repo markets get squeezed, the effects of the ECB’s interest rate hike – aimed at fighting inflation in the first place – are at risk of fizzling out.

What has this to do with the situation in the UK

It is just one example – albeit a very topical one – that is suitable to illustrate how debt markets interact and how important it is to keep them functioning. Without functioning credit markets you don’t just have a problems related to credit as a source of refinancing. You also lose a market price reference for investment or credit decisions along the curve of maturities. The mispricing that occurs as a result is in turn not just relevant for a single contract, it has broader implications for the proper calculation and hedging of risks in association with the credit quality and the proper management of assets and liabilities. And, as confirmed by the ECB, it even hampers the efficacy of monetary policy.

Let’s finally talk about the volatility that has increased again recently and the inflation rate which still couldn’t be contained by fiscal and monetary policy. How can retail investors react to this combination?

It is true, central banks find themselves between a rock and a hard place while they have to fight inflation and prevent refinancing market segments from drying up at the same time. In other words, they simultaneously apply quantitative tightening and quantitative easing. This weighs on currencies but it also increases volatility. Inflation will come down over time but not too quickly. Although certain equities such as financials can be a good choice, I think that there is no asset class or type of instrument with a built-in inflation-protection. Even inflation-linked products don’t work that way.

What investors can do of course is to exploit the full range of instruments available and combine them to benefits from a volatile environment. At Spectrum Markets, September 2022 saw the strongest monthly volume traded in the history of our exchange, exceeding six times the volumes of March 2020 – which was a crazy month. The volume of securitised derivatives traded is an indicator that investors increasingly take the opportunity of realising gains from price fluctuations of indices, single stocks, and particularly in current times FX pairs that build the valuation reference for the derivatives – however at a fraction of the capital required and with a leverage. And if we take SERIX, our European Retail Investor Sentiment Index as an indicator, we have reason to believe that volatility, like inflation, will persist for some time to come.

The Birth of a New Asset Class: why should you look at digital assets now?

Bitcoin and other digital assets are having a rough ride in 2022 and these times can prove rather unsettling for investors. Time to call it quits? I don’t believe so. Blockchain and its many applications have a high potential for disruption in several business areas and in any case, will significantly improve the user experience of old and new digital services. A number of business activities will soon leverage blockchain technology even further. Opportunities will arise.

As far back as early 2021, there were predictions of an imminent return to normality after the radical reduction in business travel forced by the Covid-19 pandemic. However, Martina Hoffard, Head of Marketing at Spectrum Markets, suggests that while the Covid-19 pandemic drags on and we become ever more accustomed to remote working and video conferencing, temporary behavioural changes could become permanent cultural shifts.