The Drivers of Innovation

How the stock market industry is sleepwalking through decisive developments
By Nicky Maan, CEO of Spectrum Markets

One of the most frequent questions I‘ve been asked over the past couple of months is:

“WHY LAUNCH A TRADING PLATFORM FOR RETAIL INVESTORS AND WHY NOW?”

I think the real question is: why only now? And the answer is because the time is right.

During the last 3-years we have carried out intense research into European trading venue offerings, we recognised patterns you might have also observed in the car industry; it is largely struggling to adapt to customer needs and their behaviour, both having altered entirely.

Move or get left behind

Let me cite another example, probably all too familiar: when it became obvious in the late ‘70s that there were too many financial institutions facing shrinking margins, the majority of banks started to explore credit substitution business – whereas the appropriate reaction would have been to enter into a structural reform process. While most people feel that the financial market crisis is the most remarkable outcome of those missed reforms, many of them today suffer from their overgrown IT landscapes and obsolete processes.

The stock market industry has been in a more comfortable situation: a lucrative execution fee business and a monopoly allowing them to simply adjust prices to rising costs. When technological progress and increased competition – not least as a result of regulation – have been decelerating this upwards spiral, they started leveraging on market data. Now, this monopoly is faltering, too. Market data is the result of the price formation process and directly and closely ties to the execution process. As such, exchanges argue, market data is an innate product of those providing the platforms where supply and demand meet, that provide connectivity and set rules for the quote/order/execution process. In contributing to the delivery of a reliable price formation in a straight-line way (the higher the trading volume the more relevant the market data) they even serve an important market infrastructural purpose. While I fully consent to this model description there remains a little blemish that is subject to an ever more recurrent criticism among stock exchanges‘ main clients: banks, fund managers and high-frequency traders have lobbied massively against what they feel is an abuse of the exchanges’ monopoly power. 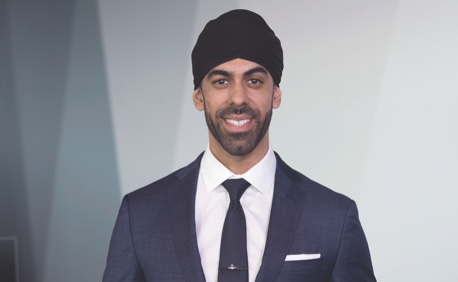 Spectrum Markets is a pan-European multilateral trading facility based in Frankfurt, Germany. Tailored specifically for financial institutions and their retail investors, it provides a more flexible, efficient way to trade securitised derivatives.

“In contributing to the delivery of a reliable price formation in a straight-line way, stock markets even serve an important market infrastructural purpose”

Not yet successful, European policymakers addressed the issue two years ago and required venues “to publish market data on a reasonable commercial basis (…)”. This requirement has been stipulated in the revised Market in Financial Instruments Directive (MiFID II) and it had been supported by the encouragement of ESMA (the European Securities and Markets Authority) to the industry to establish providers for a Consolidated Tape, a near real-time record containing basic data available at reasonable terms. ESMA itself noted in December 2019 that (…) “MiFID II has not delivered on its objective to reduce the cost of market data charged by trading venues” (...).

However, the issue will now be delegated back to the European Parliament and Council and it is unlikely that venues will get away with their current practice of pricing market data. Note by the way that the United States have, as a response to emerging new data processing and communication technologies, created such a tape, called the National Market System (NMS) the aim of which is to increase efficiency, competition, and transparency among trading participants – 45 years ago!

The pricing and distribution of market data is just one of a number of examples for what is often referred to as a ‘fragmentation’ of the stock market; visualise the fact that an asset manager, notwithstanding its size, usually would need to analyse the entirety of relevant sectors and asset classes. For each of them, the asset manager would be keen to obtain reference information from the trading platform representing the highest liquidity for the respective asset in order to get the most meaningful information. This can be purchased from each platform individually or via a data vendor for more or all of the required types of assets (with the latter not leading to significant cost savings). While the buy-side is arguing that the MiFID II rule on reasonable pricing is a toothless tiger, the stock exchanges insist on their proprietary rights of the data, claiming to have enabled their origination in the first place. As discussed above, European supervisory bodies will enforce an obligation to provide market data on reasonable terms sooner or later. There are other developments, however, that give at least as much cause for concern as the issue of market data services does and that do as much represent a distortion of capital market efficiency. These developments have an effect that is opposite to the key supervisory goal of fostering transparency and that have an adverse effect on the informative value of prices.

It is widely accepted (although worth being discussed with a view to price formation) that certain types of transactions should be executed ‘off-venue’ (where they would otherwise move an entire market when executed as a block or, when executing tranches would encourage front-running). MiFID II, which is generally aiming at bringing as much trading as possible to lit markets, considered this need by establishing the Systematic Internaliser (SI) regime, allowing for bilateral trading between a broker or market maker and a client (an SI is an investment firm which, on an organised, frequent, systematic and substantial basis, deals on own account by executing client orders outside a regulated market, multilateral trading facility (MTF) or organized trading facility without operating a multilateral system). Despite some conceptual flaws (that ESMA is currently eager on rectifying ) the framework is clear in principle. The portion of trading that had been executed by broker crossing networks (BCNs) in the past is now subject to a minimum of pre-trade transparency, which is supportive of a fair market valuation of an asset. So much for the theory.

In practice, it is technically very easy to circumvent or, better, abuse the SI regime by programming a system that collects quotes from other SIs and let an execution engine hit the most favourable quote on behalf of the client or using a periodic auction. In practice, this is what happens. These broker SIs have virtually replaced the BCNs that MiFID II was aiming at abandoning. On the other hand – and on a more serious note I would say – a new group of SIs has emerged which are those operated by electronic liquidity providers (ELPs), the so-called ELB SIs, that, prior to MiFID II, were mainly active as suppliers on multilateral trading platforms. Why is that more serious? Not because they would structurally be in breach of regulatory compliance but because they collect a growing share of order flow from brokers that regulation would have preferred to see shifting to on-venue trading places. A development that has been made possible by technological progress but that was encouraged, i.e., being made economically attractive, by an immobile and replete stock market industry in the first place. And this development is building a logic unit with the launch of Spectrum Markets since all of the above is disregarding who is the ultimate stakeholder.

Why Spectrum Markets and why now?

We had observed that while institutional accounts could successfully substitute on-venue execution (not just for single large orders), the retail investor is punished twice: he may obediently trade on regulated markets with high transaction costs and pay a ‘premium’ on top that consists of the non-materialising price decline/increase he would have been benefitting from when the large institutional block-trade would have been executed on that regulated market.

Through Spectrum Markets, as we have designed it ourselves, we have created a unique open architecture ecosystem for retail investor trading of structured products. Spectrum Markets has been set up as an MTF, authorised by the German Financial Market Supervisory Authority (BaFin). This holds significant advantages for retail investors the brokers of which have connected to Spectrum. The transparent order book, the pre and post-trade transparency and the deep liquidity Spectrum offers are usually not accessible to retail investors – unless they trade on large exchanges which means transaction fees (that we don’t charge), market data cost (that we don’t charge), fees for the clearing of the instruments traded (that our products can do without). Our trading technology and UX are state-of-the-art and are combined with an effective and simple settlement solution. For brokers it is easy to connect to, with a much simpler fee structure than is usual on exchanges.

And, as one of the first providers worldwide, we offer trading in structured derivatives on a 24/5 basis, i.e., 24 hours on five days per week. The first product available to trade on the Spectrum venue was the turbo24, a turbo warrant in a lean product suite of just over 400 products with 20 underlyings covering indices, commodities and currency pairs. This does not just capture the bulk of markets that retail structured product investors look to trade but it also helps ensuring the high quality and the even liquidity retail investors need. Currently, we are able to launch a new product (all with own ISIN and prospectus) within a day and we aim at to further shorten the time to market to just a few hours.

We do think that these are very strong arguments in favour of a retail-focused MTF for trading in structured products. The first months since launch in August 2019 have proved reasonable both the concept of an efficiently designed on-venue trading for retail investors and the out-of-hours access that, for the first time is appreciative of the work-life balance of the retail investor.

Analogies to movie titles are purely coincidental… The Markets in Financial Instruments Directive (MiFID I) was introduced in 2...