Spectrum Markets, the pan-European trading venue for securitised derivatives, has published its SERIX European retail investor sentiment data for July (see below for more information on methodology), including record bullish sentiment towards the euro against pound sterling, as well as for WTI.

Sentiment on EURGBP jumped to a new record high of 119 last month, resuming a trend of increasingly positive sentiment that started in June last year when it recorded a SERIX value of 78. This came as the European Central Bank held its first meeting since announcing a new, and more tolerant, 2 per cent inflation target. 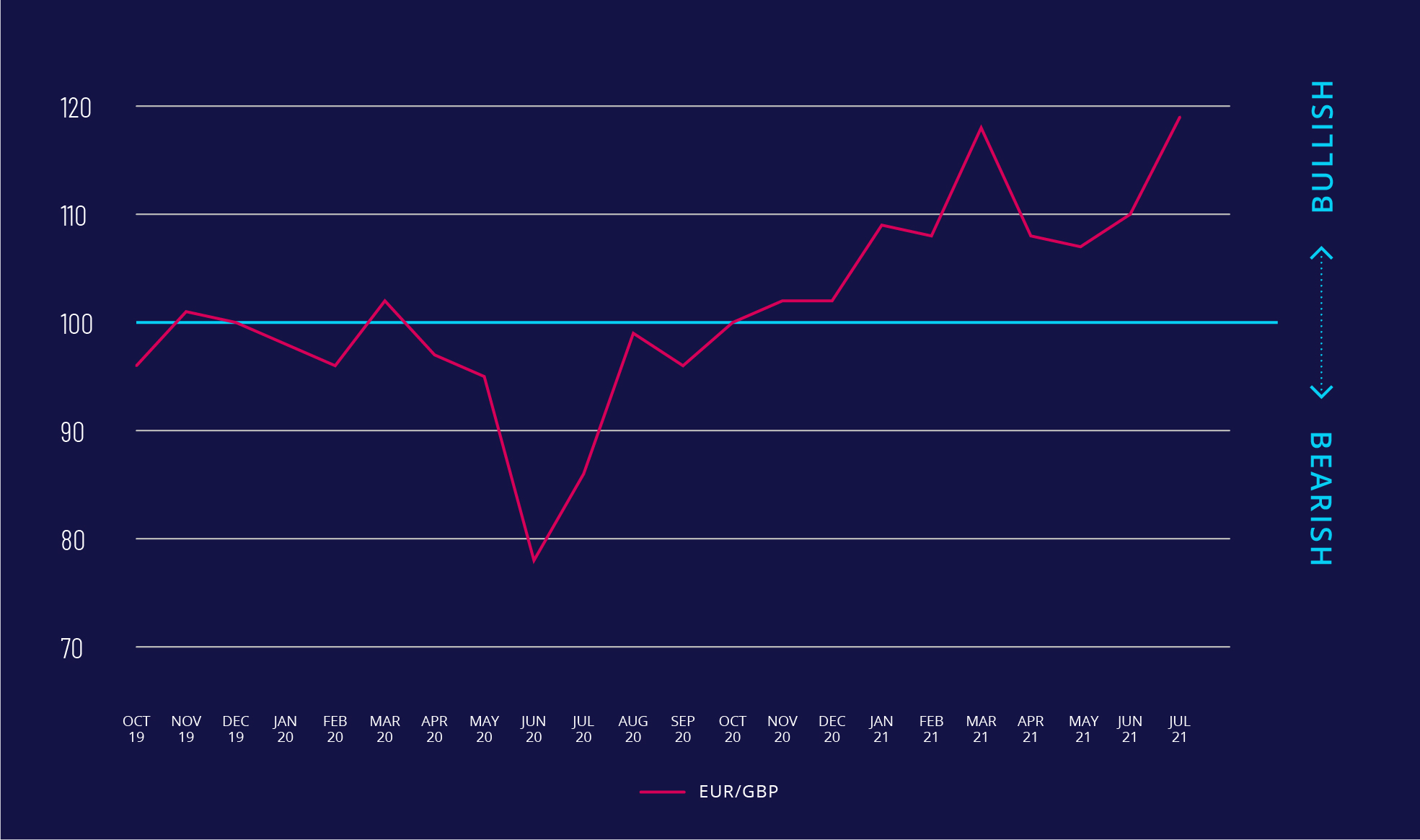 “We’ve seen a marked improvement in sentiment towards the euro-pound pairing developing since last summer, and its SERIX notched up a new record high in July,” notes Michael Hall, Head of Business Development at Spectrum Markets. “Unsurprisingly the ECB meeting on the 22nd attracted a lot of interest from the market, and we certainly saw a big uptick in trading volumes that day from retail investors on our platform.”

Monthly retail investor sentiment towards WTI also reached record levels, with a SERIX value of 105, up from a bearish 96 in the previous month. July’s figures equalled the previous highest bullish sentiment for WTI, set when Spectrum first launched in October 2019, which is also the date from which SERIX data is calculated. 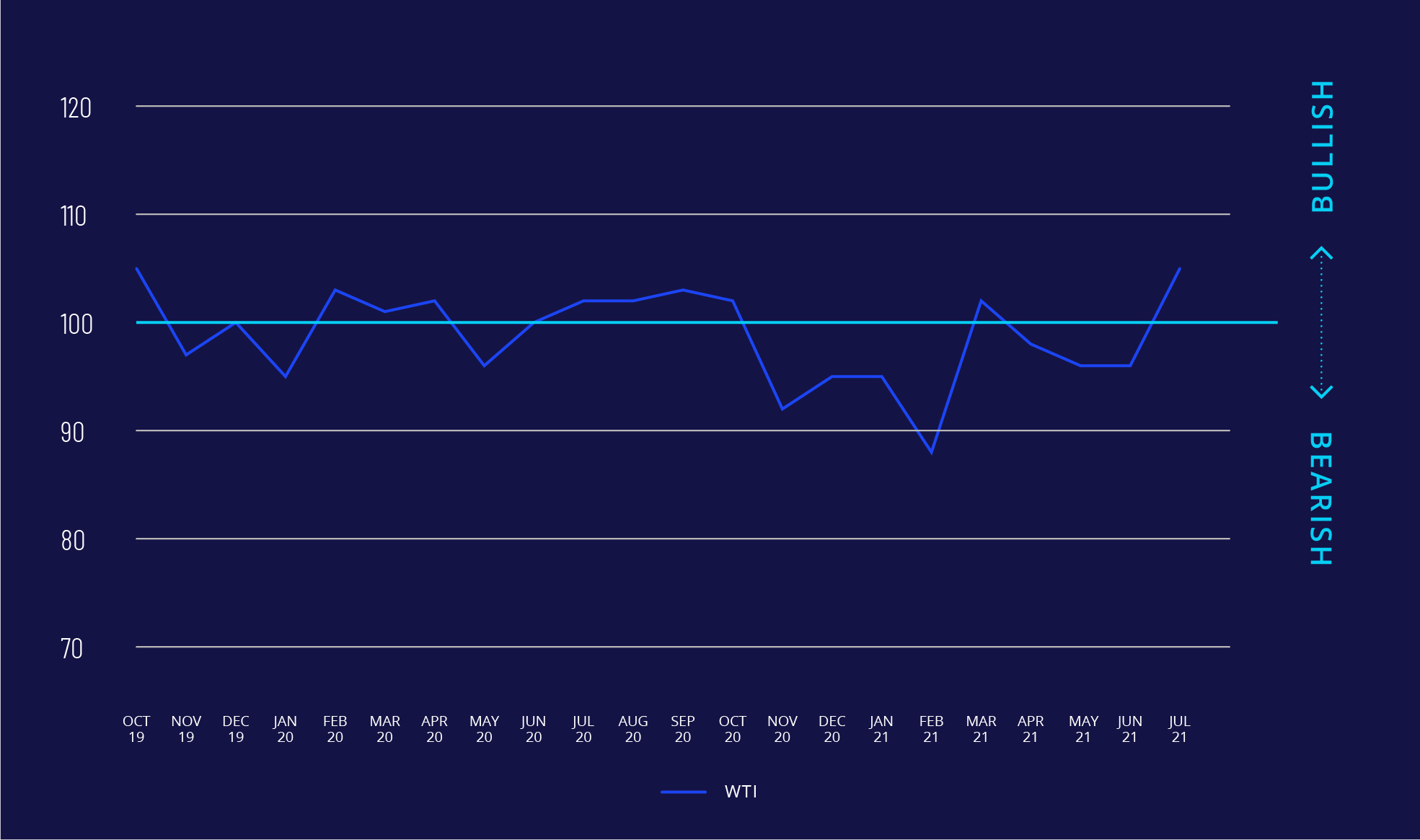 “While we saw Opec+ members agree a new deal in July to increase production starting in August, the jump in sentiment suggests retail investors believe another 400,000 barrels per day will do little to bring down prices in the near term,” Hall explains.

Looking at the SERIX data for the top three underlying markets, the DAX 30 crept into bullish territory, rising from 98 to 101, while the OMX 30 continued to reverse some of the bullish momentum seen this year, dropping from 94 to 92 in July. Sentiment on NASDAQ 100 meanwhile rose to 98, up from 91 in June.

Spectrum Markets: European retail investors bearish on GBP in May