45 days of turmoil: Retail investor sentiment on FTSE 100 and GBP hit by UK’s political and economic instability in October

Spectrum Markets, the pan-European trading venue for securitised derivatives, has published its SERIX sentiment data for European retail investors for October, highlighting how actions taken by former Prime Minister Liz Truss affected retail investor behaviour towards the British Pound and FTSE 100 throughout the month, as reflected by the SERIX sentiment Index.

The SERIX value indicates retail investor sentiment, with a number above 100 marking bullish sentiment, and a number below 100 indicating bearish sentiment. (See below for more information on the methodology). During October all the UK’s key political developments were reflected immediately in FTSE 100 index sentiment which finished the month reaching a low of 71 points as well as for the currency pairs EUR/GBP and GBP/USD.

In a parliamentary debate on October 12th Truss sought to defend her mini-budget plan, even as the Pound continued to fall, with Labour MP Graham Stringer characterising her decisions as “an act of gross incompetence”. This debate was strongly reflected by the market: The SERIX for FTSE 100 dropped significantly in response, reaching 84 points, with sentiment on the Pound against both euro and dollar weakening as well.

The dismissal of Chancellor Kwasi Kwarteng on October 14th stabilised retail investor sentiment, and wider markets, but only for short time. After the first calls for Truss’ resignation started to emerge, sentiment once again collapsed.

"It is widely acknowledged that retail investors keep a close eye on major political decisions to inform trading strategy, and in today’s world of 24-hour news and interconnected global markets, it is not just domestic politics that holds their attention”, says Michael Hall, Head of Distribution at Spectrum Markets.

“The 45 days of UK Prime Minister Truss shows that European retail investors were closely following the signals coming out of London last month, with the SERIX readings as a seismograph of political action. Truss’s choices shook the whole of the European financial market, since UK is still a strong and influential economy. We hope that new Prime Minister Rishi Sunak will calm the waters and bring more stability,” adds Hall.

Looking at the SERIX data for the top three underlying markets, the DAX 40 turned bearish moving from 100 to 97 and the S&P 500 saw a similar decrease from 102 to a bearish 99. Meanwhile, the NASDAQ 100 decreased by two points to 100 shifting to neutral. 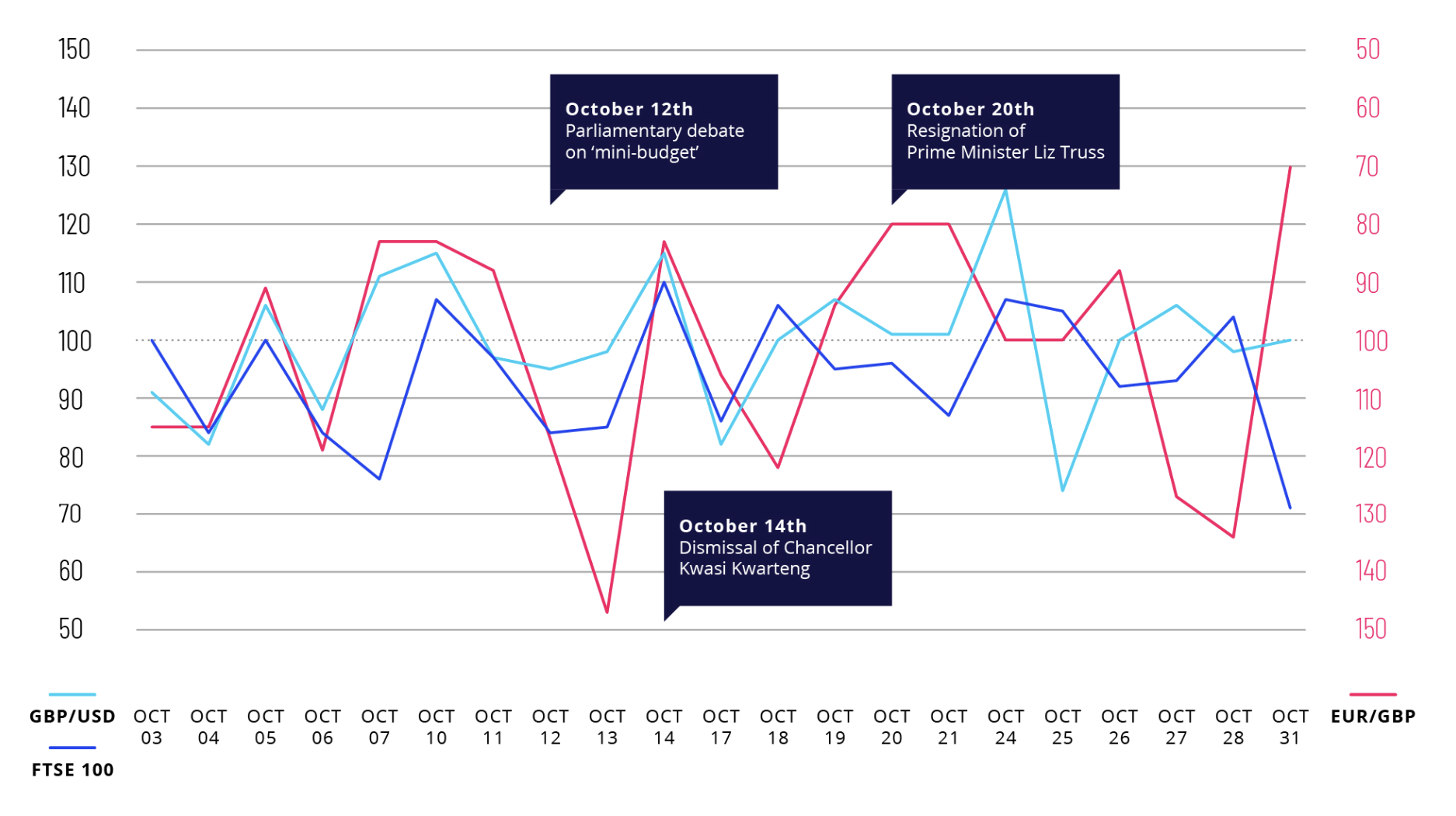 Acting as a MiFID II regulated trading venue authorised and supervised by BaFin, the exchange uses a uniquely open architecture system to allow investors to trade with increased choice, control and stability. Through its pan-European ISIN, 24/5 trading services and its own proprietary venue, Spectrum enables a guaranteed baseline level of liquidity over a range of products and is able to swiftly and safely match a significant number of orders and process multiple quotes every second.

Spectrum Markets, the Frankfurt-based pan-European trading venue for securitised derivatives, announces the appointment of Ilja Re...