ONE ROTTEN APPLE... ... is not about to spoil the barrel this time. 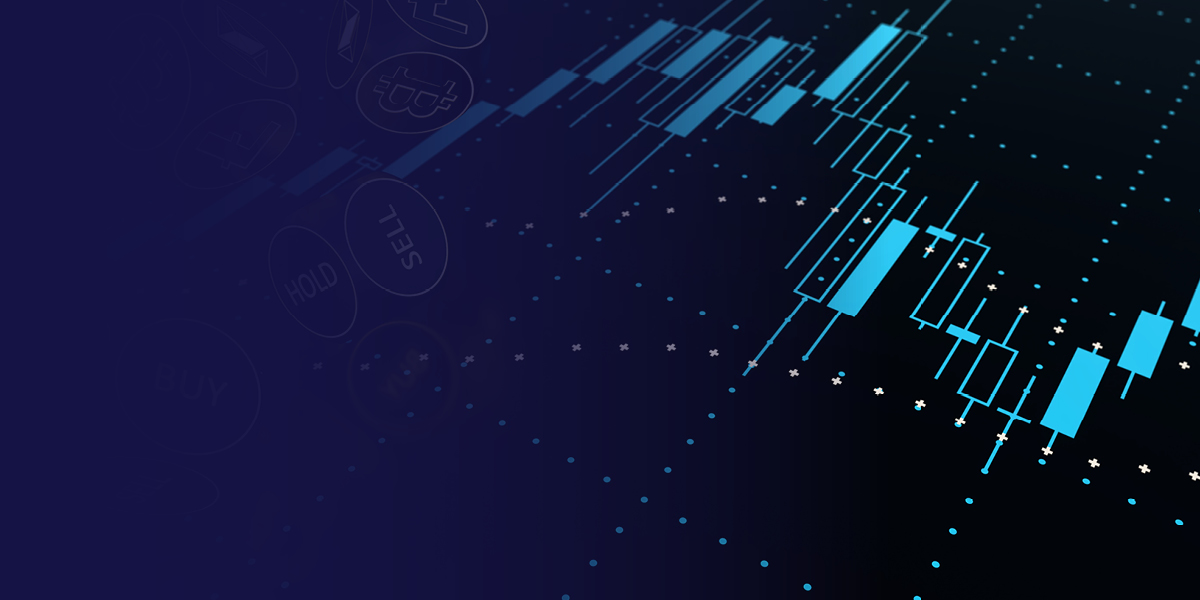 Crypto-assets across the board have seen an unprecedented sell-off over recent weeks. During times that couldn’t be much more uncertain anyway, shockwaves have been sent through the market from the crash of stablecoin UST. We asked Christian-Hendrik Knappe, Germany Sales Director at Spectrum Markets, to explain the background of the crashed crypto project and what he thinks are the true ramifications for the broader crypto-asset space.

Christian, before we talk about the market – what is or was the Terra Luna stablecoin project?

So-called stablecoins derive the prefix “stable” from their pegging to an asset that is considered stable in value such as a fiat currency like the US dollar, for example. That is, the issuer of a stablecoin commits to keep sufficient US dollar denominated reserves – such as cash or treasury bonds - while the possibility to exchange the stablecoin for these assets is supposed to prevent the value of the stablecoin from volatile fluctuations. This conventional stablecoin mechanism obviously begs the question of what is considered as “sufficient” both in terms of volume and quality as far as the reserve assets are concerned when assessing the inherent risks.

With Terra, the case was very different. Terra is a network based on distributed ledger technology (DLT). In other words, a blockchain project. Like the Bitcoin blockchain or Ethereum, Terra generates tokens. The Terra stablecoin is called “TerraUSD“ or “UST”. However, unlike other stablecoins its reserve asset is not a fiat currency, but another token based on the same ledger called “Luna” which, in turn, was supposed to be protected by trading bitcoin. The stabilisation mechanism is based on an algorithm according to which, to create (“mint”) UST, you need to destroy (“burn”) Luna.

How does this work?

The project provides the option to exchange UST and Luna at a fixed exchange rate at any time, i.e., 1 UST can be exchanged for 1 USD worth of Luna. In other words, you can burn one USD worth of Luna at any time and mint a UST for it and vice versa constituting a constant arbitrage opportunity. Where the value of a UST fell below one USD, traders who owned Luna could make a profit by buying UST and minting Luna. The increased demand for UST would move its value upwards to at par with the dollar again. On the contrary, where the value of a UST went above one USD, traders could make a profit by selling UST and burning Luna. The selling pressure on UST would move its value down to be at par again with the dollar.

Most notably, however, the incentive for creating UST in the first place was a staking yield of 19.5% that Terra offered for putting money into the UST scheme.

What is that and why is that remarkable?

“Staking” is comparable to receiving interest for granting a loan. Clients use their coins to add new blocks to the associated blockchain and receive a reward in return. The process is based on the “Proof of Stake” (PoS) principle. PoS is different from the “Proof of Work” mechanism in that users do not offer the protocol computing power but existing coins instead. They can lock this "stake", their share of the respective cryptocurrency, on the blockchain for a certain period of time and thus acquire the right to add new blocks. The protocol – in the case of Terra called “Anchor Protocol” – randomly determines who is allowed to validate the next block, with the user staking the highest amount of coins having the highest chance of being selected.

An interest rate of almost 20% is remarkable in itself and provokes the question of whether it can by any means be sustainable or whether there is a built-in self-destruct-mechanism, so to speak.

What does that mean?

By paying 20% on UST the price of Luna is artificially pushed, as large amounts of Luna have to be burned. As soon as Terra is forced to lower the UST staking yield, or where exogeneous factors impel investors to withdraw their funds, this leads to UST being burned and, at the same time, Luna being minted. The selling pressure is met by an automatically and exponentially increasing supply, spiralling Luna to zero value levels. This manufacturing defect seems to have finally materialised. Even the issuance of a successor-token, “Luna 2.0”, which Terra said was an improvement on the original token and which was given out to investors who held the original Luna token, couldn’t dispel the doubts about the built-in bug. It crashed shortly after being launched.

What does the crash mean for the broader crypto-sector? Some say this is the subprime crisis of crypto-assets?

It may be tempting to say this when a comparably small volume of assets in distress seemingly threatens to drag the entire system down. However, neither the degree of interconnectedness of asset classes nor that of intermediaries justifies fears of a scenario that would be anywhere near that of 2008/2009. Something similar is true for the significance of the wider crypto industry. While growing fast, global crypto-assets under management of around USD 60bn are up against some USD 100tn of total global assets under management. Don’t forget that, for example, cryptocurrencies such as bitcoin and ether have been volatile and will remain volatile. They didn’t crash as UST crashed. Instead, there is a longer-term downturn from last November’s peak levels. Don’t forget, too, that bitcoin was at some EUR 4,600 in March 2020. Please also note the different use cases within one blockchain project and the multiple differences between the various projects. Hence, striking up a swan song on crypto-assets would be as wrong as putting all your eggs in one basket.

Even ECB-Chair Ms. Lagarde said she doesn’t see a value in cryptocurrencies.

You may argue that cryptocurrencies are not backed by a physical asset, a certain right or reserves and that their value is not tied to a central bank function. They nevertheless serve as a unit of account, a means of exchange and payment and, for most people, also as a store of value. While this latter aspect can be debated as it is difficult to determine a fair value for virtual currencies, it is certainly not correct to deny their value in general. Let me give an example: it is true that central bank money in Europe is backed by the Eurosystem’s reserves. However, the system works because people trust it does, rather than because they have a permanent overview their banks’ balance sheet, member states’ ability to back their relevant banks or target balances within the Eurosystem. Doubts about the resilience of the global financial system played no small part in paving the way for the advent of cryptocurrencies. It is true, too, that investors - including those in the retail sector - are apparently hyping everything in the crypto-space without sufficiently differentiating between where there is a substantial use case and where this should be seriously doubted. In the same context, it should be noted that the European Central Bank (ECB) is currently assessing the options for introducing a digital euro. The digital euro, though not based on a blockchain protocol, is an acknowledgment of the strong public demand for further easing and cheapening digital payments and increasing their accessibility. Ultimately, this is also proof of the general use case of many of the existing virtual currencies. And as you know, some of them offer an entire ecosystem of use cases. Hence, while agreeing to the need to differentiate and carefully assess the risks inherent to each of the projects, I disagree with the notion that there is no value attached to cryptocurrencies.

Are regulators coping with the challenge of governing crypto-markets?

We can observe that regulation, at least in Europe, has been considerate of the risks for retail investors and that relevant legislation will likely become applicable among European Union member states by 2024. The so-called “Markets in Crypto Assets (MiCA)” regulation does, among other things, qualify stablecoins as asset-referenced tokens. Their issuers will become subject to strict governance requirements which are not limited to minimum reserve requirements but include composition restrictions, equity thresholds, liquidity management requirements and reserve management requirements. Issuers will also need to maintain protocols for validating transactions on their proprietary ledger and prove their infrastructure functions adequately. Staking rewards will also be completely prohibited. These are only some of the rules that would have significantly reduced the likelihood of a stablecoin crash.

Christian-Hendrik Knappe, 46, has joined Spectrum Markets in May 2022 to oversee Spectrum’s sales operations in Germany. Christian has more than 25 years of experience in the investment and financial industry and held various positions at the Stuttgart Stock Exchange and Deutsche Bank in the retail derivatives sector. Before joining Spectrum, he was responsible for securities data sales at WM Datenservice, the leading data provider for the German securities sector.

Sebastian Dey, who heads the German Practice for Digital Capital Markets Products at Linklaters, provides insights into how the EU’s forthcoming pilot regime for distributed ledger technology (DLT) based market infrastructures might shape the trading and settlement of certain DLT-based financial instruments, and the opportunities the pilot regime presents for market participants.

Until in the first decade of the millennium, payments was the most unappealing division young students with banking career ambitions could think of. Standard procedures, steady income and comparatively low risks are attributes in demand today but that were considered boring then.

NFT – NOT FOR TRADING?

In March 2021, the digital artwork “Everydays: The First 5,000 Days” was sold for roughly USD 70 million in an auction which definitively marked the beginning of an incredible period of NFT hype. Despite their popularity and the constantly rising demand for NFTs, it is still widely unknown what NFTs actually are. We asked Christian-Hendrik Knappe, German Sales Director at Spectrum Markets, to shed some light on this relatively new market for us.