• SERIX-Sentiment on CAC 40 turns bullish for first time since 2020
• Trading volume linked to French index doubled after first round of voting
• 102.8m securitised derivatives were traded on Spectrum Markets in April

Spectrum Markets, the pan-European trading venue for securitised derivatives, has published its SERIX sentiment data for European retail investors for April (see below for more information on the methodology), revealing continued positive momentum on the CAC 40, with the index turning bullish against the backdrop of the French presidential election.

The SERIX value for CAC 40 reached 101 in April, a level not seen since December 2020, and capping a steady trend of increasingly bullish sentiment starting in February last year when the SERIX hit an all-time low of 85 for the French index.

April saw a high volume of trading too, as France went to the polls, with more than double the monthly average trades placed on April 11th, the day after the first round of voting took place.

"The presidential elections in France, which many saw as a potential inflection point for the wider European Union, naturally attracted a lot of interest from retail investors on the continent. Especially when the first round of voting resulted in what looked like a neck-and-neck race between the two candidates, Emmanuel Macron and Marine Le Pen, this really caught investors’ attention,” explains Michael Hall, Head of Distribution at Spectrum Markets.

During April 2022, 102.8 million securitised derivatives were traded on Spectrum, with 39.5% of trades taking place outside of traditional hours (i.e. between 17:30 and 9:00 CET), the highest monthly figure seen during the last two years.

Looking at the SERIX data for the top three underlying markets, the DAX 40 dropped by one point to 99 shifting to the bearish zone. Meanwhile, the S&P 500 increased from 98 to 103 and NASDAQ 100 saw a similar increase, from 99 to 103, turning bullish. 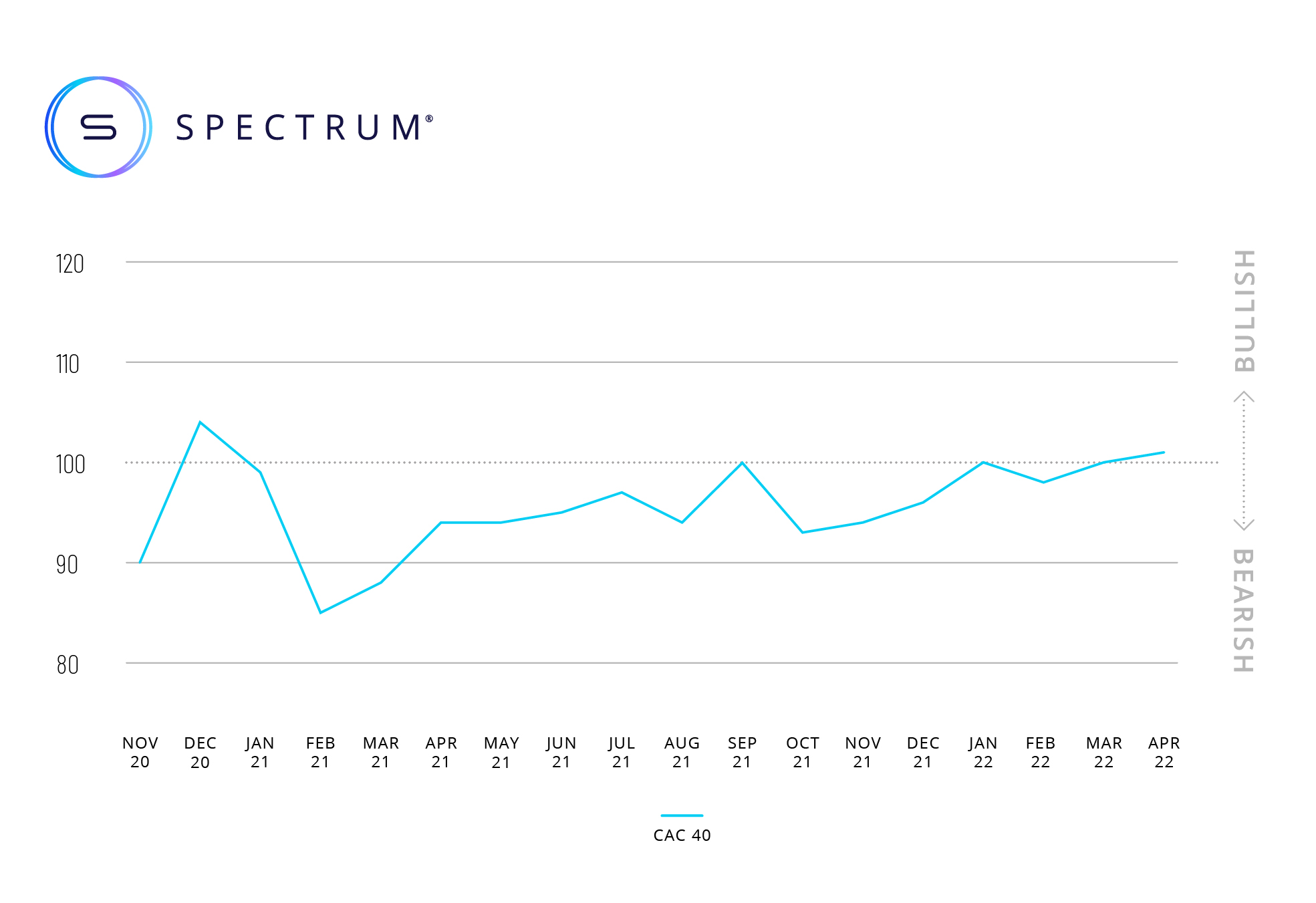 As a member of the venue Equita will enable its client base to offer securitised derivatives trading on Spectrum Markets.