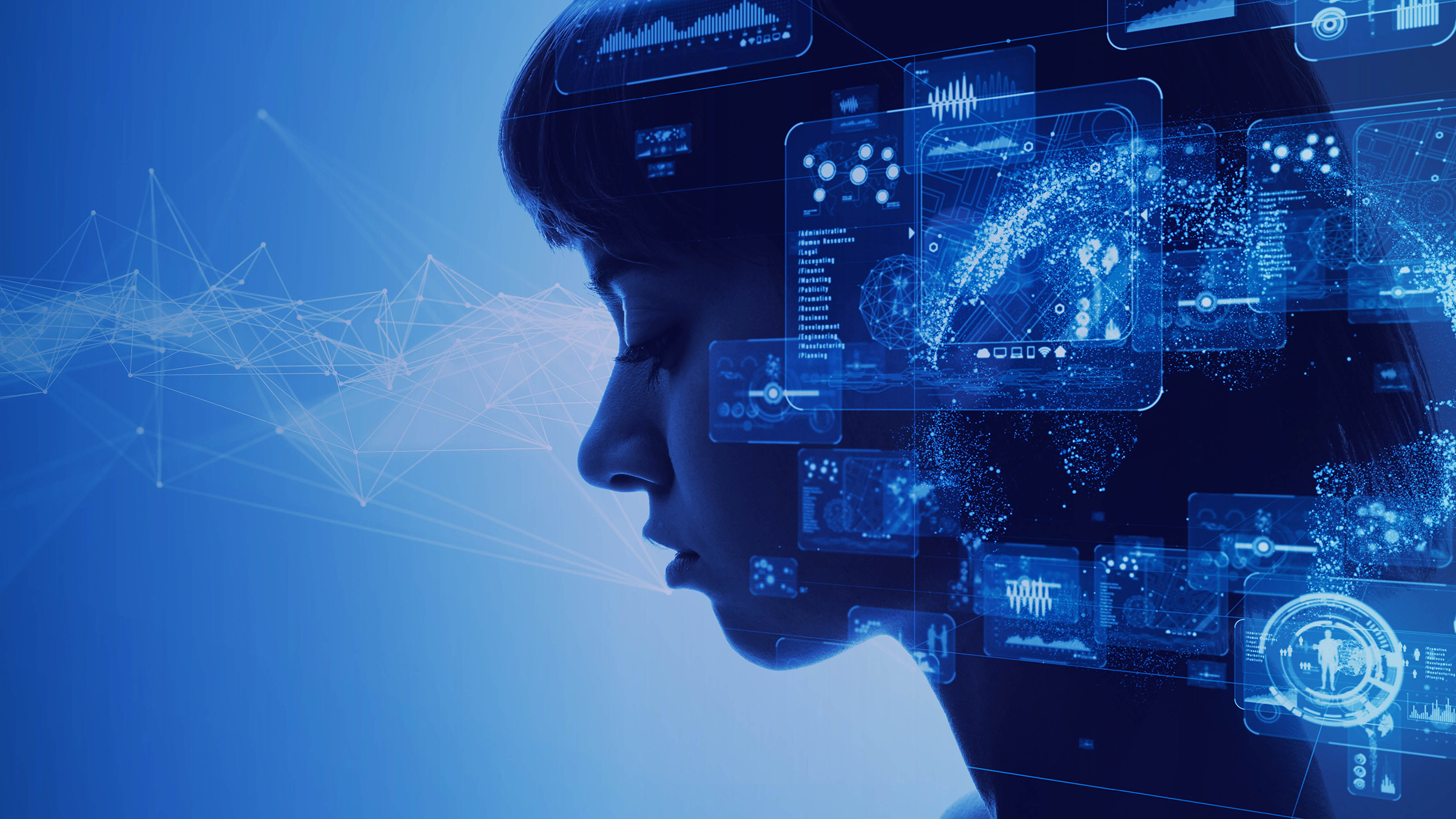 Underrepresented. Underpaid. Underpromoted? Better representation of women in the workplace correlates to better business outcomes; proving that what’s good for equality is good for business.

With June Felix as its CEO, IG Group is an outlier among listed technology companies, having put a woman in charge. Martina Hoffard is the Head of Marketing at IG’s German MTF1, Spectrum Markets. We wanted to know from her what women are doing better than their male colleagues, where they struggle more – and if these are even the right questions at all when trying to find out why women are still so underrepresented in tech professions.

Martina, what is your opinion on the underrepresentation of women in tech professions?

I think that we need to carefully examine where inequality exists in order to counter it effectively. According to figures from Eurostat2, of around 73 million people employed in science and technology jobs in the EU in 2020, almost 37.5 million were women – that is 51.3% - versus 35.5 million, or 48.7% men. But if you focus on IT-specific jobs or leadership roles there are still significant gender gaps. A new report from McKinsey3 found that the underrepresentation of women in leadership roles is hugely damaging for society and just as bad for businesses. This underrepresentation is attributable to a range of causes which must be tackled with urgency. Causes include unconscious bias and the tendency for women to be hired only on the basis of their past accomplishments, while men are more often hired and promoted according to their future potential. Furthermore, the slow speed of progress towards more equitable representation masks a growing polarisation between those companies that are making good progress, and those that are lagging behind.

We cannot even begin to level the playing field for women in tech until we very honestly examine where and how unequal treatment occurs. And aside from underrepresentation, there is still an unjustifiable pay gap between men and women in equivalent roles.

Do you believe that there are gender-specific characteristics that could explain or even justify the inequalities that exist in certain areas?

The question of whether or not inequalities are justified would imply there may be skills that men have while women don’t, or vice versa. I think that’s ludicrous. Women today fly the Airbus A380 or are fighter pilots, steer cruise ships, drive 40-ton-lorries, run large corporates and governments. On the other hand, men, whose wives are influential politicians or industry leaders don’t have a problem earning less than their spouses or being house husbands and nowadays you’ll find men working as nurses, kindergarten teachers or personal assistants. If you accept this as a fact, it is impossible to argue that there’s a rationale for an unequal treatment of genders – be it differences in remuneration between men and women occupying the same position or the hiring for leading roles.

Do you think that this a problem of a misogynist society?

I wouldn’t go so far because I believe, in Western Europe, we’re living in a modern and comparably equal society. However, it hasn’t always been like this and stereotypes that the older among us came across during childhood and that seem antiquated today are surely among the root causes of these inequalities. While I believe that women still tend to underrate their strengths and capabilities, even in what we would call enlightened, modern societies, I think that the background is more complex. I would like to refer to a study that was released in the Psychological Science Journal4 in February 2018, according to which there seems to be a gender-equality paradox. The research demonstrated that girls perform similarly or better than boys in STEM5 -related disciplines in two out of every three countries and that more girls are capable of advanced STEM education than are enrolled on STEM courses almost everywhere. The paradox they discovered is that the differences in the relative academic strengths as well as the pursuit of relevant degrees were higher the more gender-equal the relevant country could be considered otherwise. This research is corroborated by another report on women in tech in Germany, showing that Germany had one of the lowest percentages of women in the tech workforce among European countries, with Bulgaria and Romania performing among the best.6

Are you saying that gender inequality is not that much of an issue?

It is a huge issue and it will remain a challenge for some time to come, including within the European Union (EU). Consequently, achieving gender equality and the empowerment of all women and girls is one of the Sustainability Development Goals (SDG) of the United Nations7 adopted by the EU.

The aforementioned research showing that Germany and the Netherlands have among the lowest percentage of women in the tech workforce in the EU also indicates that these otherwise highly developed economies also have the biggest gender pay gap. This points to the very deep roots of the problem and, I would argue, demonstrates that these inequalities should be addressed on a broad scale rather than focusing on specific niches.

More must be done to make sure that having a high proportion of women studying STEM subjects translates into having a similar proportion of women working in the technology sector. In the US, for example, fewer than four in every ten female computer science graduates go on to work in that field, compared to over half of male computer science graduates. The problem is self-perpetuating, with male-dominated work environments more likely to, at the very least, foster unconscious bias against female job applicants. At worst, such work environments can be openly hostile to women employees.8

What are the implications of this?

According to a report9 on SDG progress in the EU, the gender employment gap and the gender pay gap, though decreasing, remain considerable – despite the higher educational attainment of women in most European countries. This is more than an issue of social equity and cohesion, gender inequality is a matter of macroeconomic importance: struggling to find a qualified job, earning less over their working life and facing interruptions due to childcare responsibilities exposes women to significant old-age-poverty risks which have to be borne by the economy as a whole.

How is that associated with women’s underrepresentation in tech roles?

As mentioned at the outset, this strongly depends on what you define as a tech role. If you define technology in a general way and combine manufacturing and servicing areas, there is no underrepresentation. There is an underrepresentation of women in leading functions – irrespective of technology or business fields – and that is very strongly correlated to the general inequalities we’ve discussed. If you look at IT in particular, there is an underrepresentation of women in the less application-oriented parts of IT with only few interdisciplinary touchpoints such as development and programming. In contrast, as a CHE10 study showed in the example of Germany in 2018, where there is a connection to a practical discipline, such as in medical informatics or bioinformatics, the share of female students is quite high. So, there’s sufficient evidence that women neither lack the capability nor the willingness to get engaged in tech roles. Breaking up traditional gender roles, addressing conscious and unconscious bias and allowing women and men to share childcare responsibilities with neither of them falling behind when returning to their jobs would be a good start if we are to move towards greater equality for women – in tech and elsewhere.

Where can we see progress being made?

According to the EU Digital City Index,11 we should be looking to the emerging tech hubs of Eastern Europe as an example of what the future could look like. Bulgaria, Romania, Lithuania and Latvia have the highest percentage of female tech workers in Europe, with Latvia having the lowest tech industry gender pay gap in all of Europe. This hasn’t happened in isolation, the countries that are doing well in the tech sector are also those that are making the greatest strides towards equality in their economies and societies as a whole.

In turn, diversity is an essential asset in any company that wants to create products that better serve modern society. The recent report by McKinsey12 looked at data from 1000 large companies in 15 countries and showed a correlation between diversity gains – particularly at executive level – and business growth. The report showed that “Companies in the top quartile for gender diversity on executive teams were 25% more likely to have above average profitability than companies in the fourth quartile.” In short, what’s good for diversity, is good for business.

THE ‘R’ IN ESG: Can the New European Sustainability Reporting Regime prevent greenwashing?

For some habits, and thus some industries, the Covid-19 pandemic has marked a turning point. For others it was just the beginning of a trend reversal that will swing back the other way again sooner or later.

WHY A FOCUSED PRODUCT RANGE IS A WIN-WIN-SITUATION

In this issue of Spectrum Spotlight, I have the pleasure of talking with Kyp Zoumidou of Brightpool, a multi-asset market-making service provider and close partner of Spectrum Markets.