THE IDEAS OF MAR… 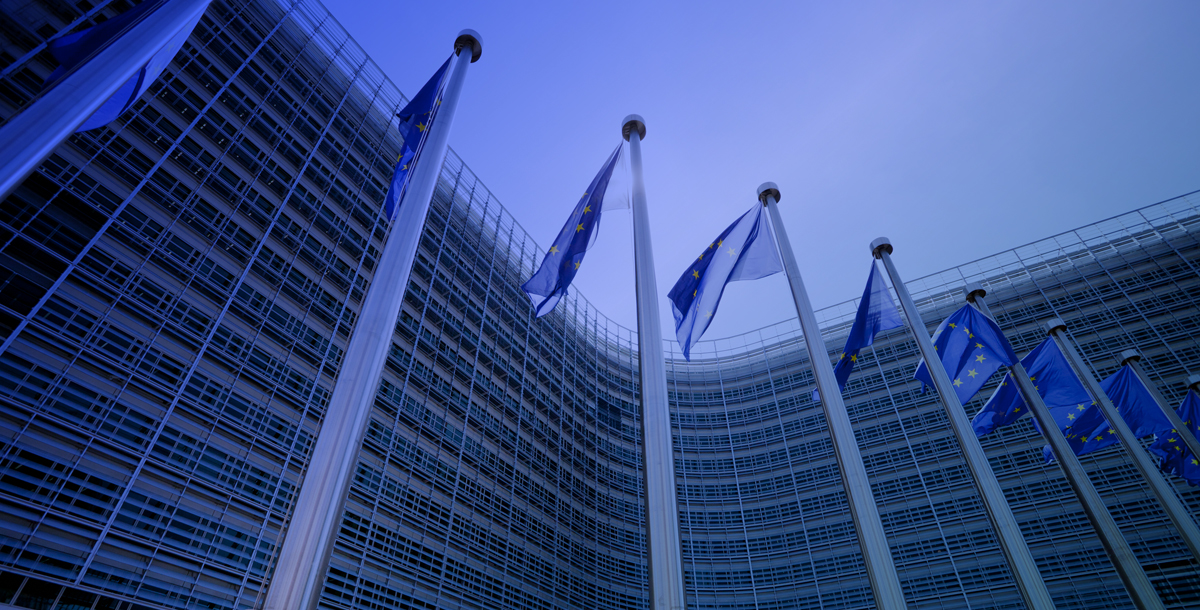 It has become a rather rare event that the European Union and its institutions are mentioned in a positive context. Wrongly, as most of us only know too well, given how massive a peace project the EU has been and the overall and undeniable welfare development the common block has brought in contrast to where each country would rest in today’s global market on a standalone basis.

However, grumbling is a national sport throughout Europe and as humans we tend to blame every change for its shortcomings while we hardly recognise, let alone acknowledge its benefits and the efforts it may have necessitated.

In that context, regulation is a favourite subject of the critics of common governance frameworks at a European level, resulting in the EU losing a Member State for the first time, recently. Advocates of the separation created the impression that national states would be better off when setting their rules at an individual level. However, for the integration of financial markets, more competition, higher transparency and stronger retail investor protection this would be a misjudgment of reality to say the least. Legal certainty and commonly accepted principles of conduct have been the breeding grounds for growth and economic prosperity.

Let us have a look into Regulation (EU) No 596/2014 or, the ‘Market Abuse Regulation’ (MAR), as an example of how financial market legislation evolves – admittedly slowly sometimes – and is being enforced in the EU. Should you doubt the latter, the increase of almost 900 per cent in ESMA1 market abuse sanctions in 2019 over 2018 may convince you. Did I say “slowly”? Well, it’s a consultative process.

This process is based on the standards of the so-called “Lamfalussy2 Process”, developed in 2001 and comprising four levels, each of which describing the relevant stage of the implementation of legislation.

First, the European Parliament and the European Council adopt the basic laws proposed by the European Commission. This first level is, politically and legally, the most work intensive step which is why, according to the Lamfalussy procedure, just the framework principles should be agreed upon here. As part of Level 2, technical implementation standards – regulatory technical standards (RTS) and implementing technical standards (ITS) – are adopted by the Commission and aligned between itself and Member States’ consultative boards. Representatives of National Competent Authorities (NCAs, supervisory authorities of each Member State) consult with the Commission during Level 3, advising it on the adoption of implementing acts for the previous levels’ legislation and the issuance of related guidelines. These (binding) guidelines ensure that in areas or for details of legislation that have not been covered by implementing acts a consistent application of rules throughout the EU is possible though.

Level 4 constitutes a review stage within which the Commission monitors enforcement and compliance in the Member States. It is being supported by the NCAs here and market participants are also heard for their view on implementation impacts. If relevant or necessary, the Commission may propose amendments to the regulation or, where it deems a Member State failing to comply, ultimately can bring the issue forward to the European Court of Justice.

Now back to the Market Abuse Regulation: The MAR was passed by the EU in order to create a common level of transparency and investor protection in capital markets throughout all of its Member States.

Starting the introduction of the MAR on 3 July 2016, the obligation to disclose inside information has been extended from equities admitted to trading on RMs to all financial instruments covered by MAR. Since then, issuers must distribute ad hoc notifications across Europe and also make them available on the website for a period of five years. In addition, this information must be transmitted to the relevant NCA, the relevant company register and, where relevant, to the operator of the trading venue.

The MAR also put in scope those proprietary transactions by executives that are being executed over the counter and introduced a shortened notification period of three business days, the latter also including trading in derivatives and debt instruments. To this end, issuers were also obliged to submit a list of all staff occupying managerial roles and those closely related to them.

In addition, issuers, including persons acting on their behalf, have been forced to keep insider lists – lists of all persons who have temporary or permanent access to inside information that must be updated regularly with the insiders having to be informed about their duties.

Sanctions and fines for events of violation of disclosure obligations and insider rules had been increased drastically. Yet the attempt of market manipulation had become a criminal offense under the MAR. The results of another, pillory-principle measure, have been forthcoming: with the MAR, all sanctions are made publicly available on the NCA websites for five years, stating the infringements and the identity of the persons concerned.

In line with the abovementioned 4-level legislation approach, the Commission had to report to the European Parliament and the European Council on the regulation’s enforcement and compliance as well as on their effects. As part of it, the Commission mandates ESMA to conduct a consultation with market participants on the relevant aspects. Those included the definition of inside information, conditions for delaying disclosure, the necessity of notifying NCAs about inside information for which disclosure has been delayed but then ceases to be inside information, market soundings, insider lists, permanent insider lists, contact persons (number of natural persons assigned to a legal person on an issuer’s insider list), transactions by persons discharging managerial responsibilities (PDMR transactions) and share buybacks.

Without further deep-diving into the consultation results – the MAR Review report3 issued in September 2020 counts 279-pages. In a standard manner (applied at the end of any consultation process), the legal framework, the market participants’ feedback, details of definitions, further findings and finally ESMA’s assessment and recommendations of the specific matter are lined up.

At the end of such consultation processes, ESMA usually recommends alleviations in certain aspects by providing further guidance instead of recommending changing or even withdrawing the respective provisions – as was the case with the MAR assessment. Reports are then sent to the Commission which considers ESMA’s recommendations in its report to the Parliament and the Council who will then decide on the adoption of potential revisions.

This process appears cumbersome to many. But they should remember that it had replaced a regulatory “nothingness” with some countries not even qualifying market manipulation as a crime. The key takeaways of that process, named after Alexandre Lamfalussy, one of the most important architects of the European Monetary Union, are that it is consultative and that it is transparent – and that it aims at providing legal certainty for a community European markets that together represent the third largest economic power in the world. It is time to become a bit more confident about Europe and its institutions.

It’s been around a year since Covid-19 started to turn the world upside down.

THE PARTICULARITIES OF COMPLIANCE AT A TRADING VENUE

An interview with Alpay Soytürk, Head of Compliance and Trading Surveillance at Spectrum Markets, on intricacies of compliance at a trading venue.

How has the practice of risk management has changed considerably over recent years?