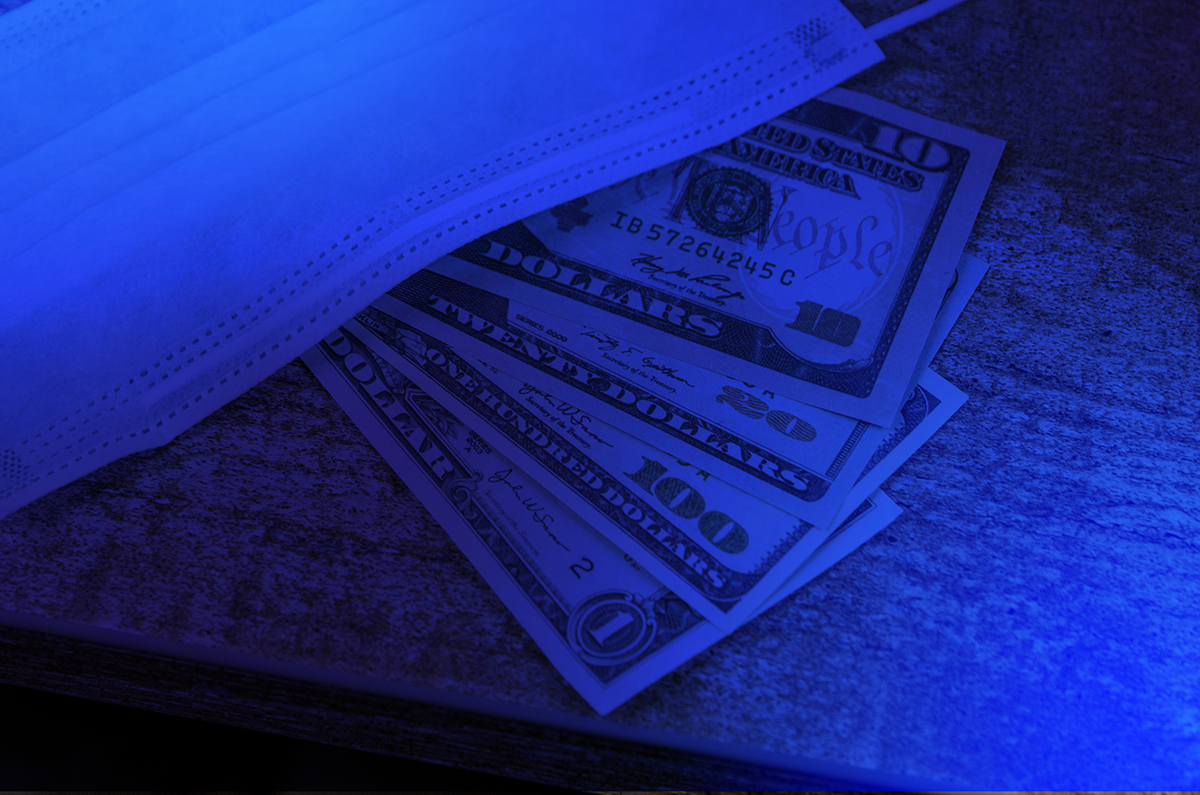 Firstly, the good news for the US dollar: It’s 2021 and the dollar is still the world’s main reserve currency. The bad news is that the greenback’s 2020 downward trend will very likely intensify in the new year – and it remains to be seen how long it can hang on to its global status.

Covid-19 has left many victims in its wake: human lives, businesses, jobs. It’s easy to forget that, in a sense, the US dollar is a casualty of the disease too. When the pandemic hit the US in the first quarter of 2020 and quickly started to impact the country’s economy, the government’s massive stimulus package and the Federal Reserve’s quantitative easing measures – both designed to combat the economic disruption – put significant downward pressure on the dollar. While other factors may have contributed to the weakening, by the end of the year the currency’s value fell by almost 13 per cent. This is according to the US dollar index which measures the value of the dollar relative to a basket of trade-weighted currencies such as the euro, pound sterling and Japanese yen.

The rapid depreciation gives rise to the concern that the dollar could, at some point in the not too far future, lose – at least partly – its hegemony and thereby weaken the USA’s influence on the world stage. So far, the dollar is still the predominant currency for global trade and by far the largest part of forex trading takes place in dollar, impacting security prices and global central banks’ decisions on monetary policy.

Having said that, it’s not all gloom and doom. In the short term, the dollar’s devaluation can help the US economy out of its slump: A weak currency usually attracts foreign investments and boosts tourism. Similarly important are the exports that become more competitive in the global market which, subsequently, can help to secure or create jobs. Seen from this angle, the Fed’s decision to inject liquidity into the US market to support the economy during the pandemic should, of course, be welcomed.

It’s worth bearing in mind that, even in the years before Covid-19, then US President Donald Trump criticised the dollar’s relative strength. Wanting to tackle the US trade deficit, he accused China and the European Union of intentionally deflating the value of their currencies to compete with the US. Consequently, Trump urged the Fed to cut interest rates to zero or even usher in negative rates. However, the Fed did the opposite.

Now that the new administration with Joe Biden as President is in place, there is growing hope that an extensive vaccination programme and other initiatives will lead to a quicker recovery of the economy and employment numbers. Meanwhile, the Fed has raised its GDP growth projections and committed to keeping rates at current low levels for the foreseeable future. Eventually, this approach could drive inflation well beyond the rate of 2 per cent that the Fed is aiming at – meaning potentially another round of dollar weakening relative to other currencies (if the Fed, indeed, does not tighten to keep inflation at bay).

And there are additional factors pointing to more downward pressure on the dollar, especially the increased government debt due to a second Covid-19 stimulus package as well as the announced corporate tax rate hike and greater regulatory obligations on businesses. Furthermore, Biden has indicated that the “trade war” with China – initiated by Trump – could continue for a while, which may constitute another threat to the strength of the dollar.

In summary, it can be said that the US dollar will very likely remain volatile – at least until the US economy is back on track. The currency fluctuations, in particular with regard to such a sought-after currency pair like EURUSD, provides huge opportunities for traders, although of course, a thorough understanding of the risks involved is required. Spectrum Markets offers derivatives on EURUSD and other currency pairs but also derivatives on a range of indices and commodities derivatives. All products can be traded 24 hours a day, five days a week.

Digitisation is constantly presenting the financial industry with new challenges.

How statistical effects gain momentum as trading turns towards automatisation