Expelled from the Stock Market Eden by rising rates? 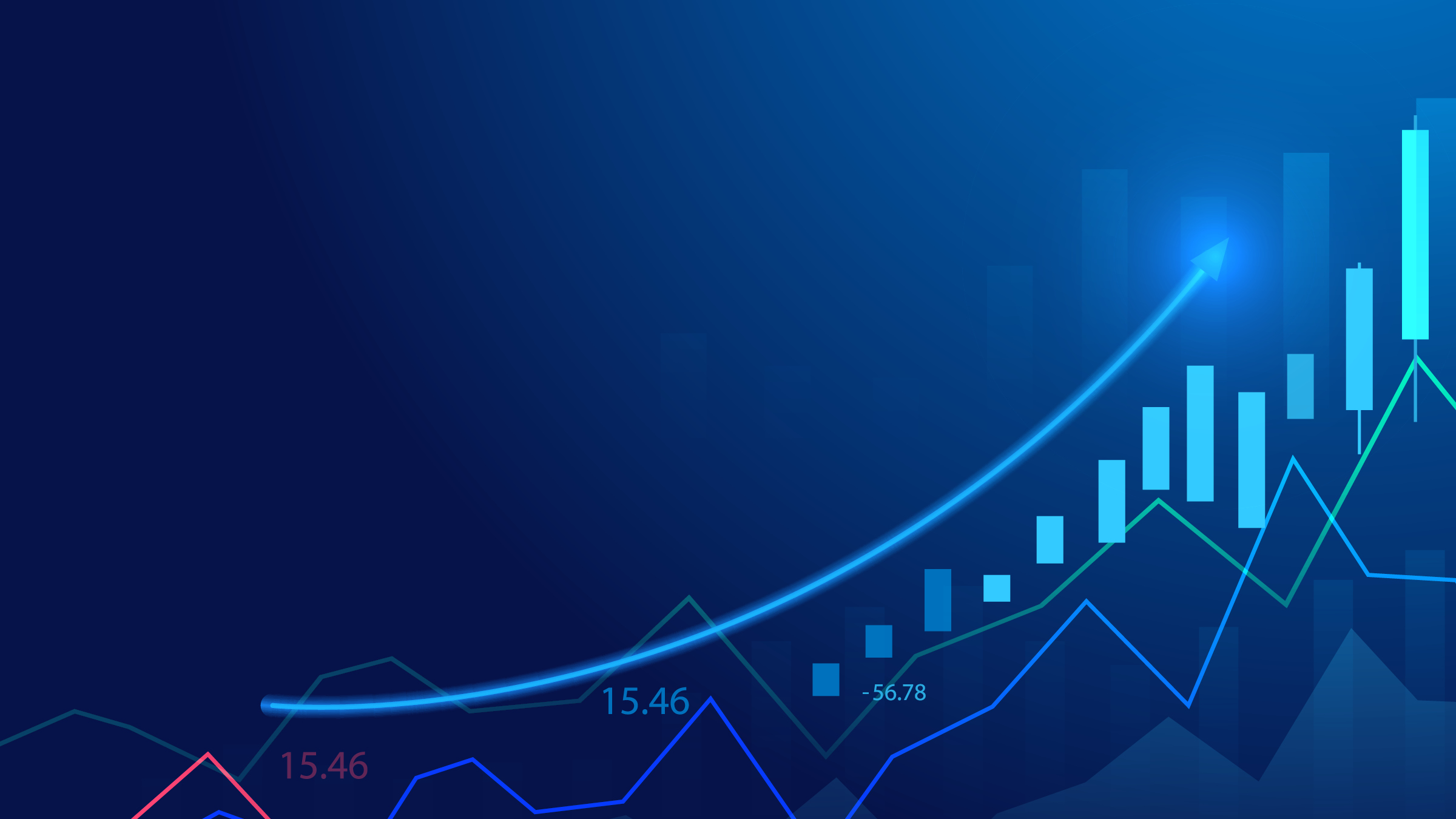 For years, financial markets were indulged with unprecedentedly low interest rates and a most lavish central bank money supply. Monetary policy was the guarantor for the trend towards ever increasing share prices.

In light of accelerated inflation, the era of cheap money seems to be coming to an end – on the face of it. Just a quick reality check suggests that the way back to a truly restrictive monetary policy is obstructed. Over-indebtedness, the destabilisation of the economy, especially with regard to the Ukraine conflict, and the costs of the of the energy sector are just a few of the obstacles standing in the way of a significant reduction of central bank money supply. Hence, a question mark has to be put over the extent of the interest rates turnaround rather than over whether there is a turnaround or not. Overall, the liquidity boom may have lost momentum, but it is still not over.

Woe betides when the Asset Bubbles burst
Bearish observers see stocks in an unsustainable bubble. With a view to rising interest rates and bond yields and a shortage of liquidity, this bubble is supposed to suffer the same fate as those of 1929 (before the global economic crisis), 2000 (Internet bubble) and 1989 in Japan and 2008 in the USA (both real estate bubbles). But that's not it: In a burst scenario, the "irrational exaggerations" in real estate, bonds and commodities would also deflate.

Both the US Federal Reserve (Fed) and the European Central Bank will certainly be irritated by the asset price distortions. Even after the recent corrections, they’re still far away from where they would be if classic economic criteria still applied. And interest returns seem to have entirely decoupled from credit or asset quality issues. Investors haven’t been compensated for counterparty risk for a long time. So, metaphorically speaking, central bankers might compare asset price bubbles with a cat jumping onto a sideboard where a valuable vase has been positioned with the vase standing for financial stability. Abiding by their mandate closely, they would intervene and chase the cat away to prevent it from bowling over the vase.

However, there is a much greater likelihood of a startled cat upsetting the vase than it being thrown down if the cat just walks by uninterruptedly. A bursting of the asset price bubbles would lead to enormous valuation losses which, in turn, would spread into the real economy where it would cause enormous damage. The Fed had triggered exactly this inferno when quintupling interest rates from one to 5.5 percent between 2004 and 2006 which ultimately led to a stock market crash and a world recession. The Fed was left with the sole option to lower interest rates to far below where they had been before the round of hikes and to initiate a large-scale liquidity offensive to prevent a system-meltdown. And today? How much fiscal tightening can the real estate and stock markets, America's two main sources of wealth, withstand without first shaking the U.S. economy and then the worldwide economy? Once burnt, twice cautious….

The fear of the interest rate turnaround is worse than the interest rate turnaround itself
Of course, the central banks cannot simply ignore the unusually high inflation, which is likely to persist for some time to come due to the geopolitical energy shortage in the context of the Ukraine conflict. Otherwise, they’d risk a huge loss of credibility, which would seriously cast doubt on their ability to act in the future.

But how much hawkishness do you really have to accuse them of?

First, you have to realise that global economic growth is based on an ever-increasing volume of credit, similar to the construction of high-rise buildings. You can only build higher if the statics are right. However, if loans become excessively expensive so that their volume grows slower or even falls, the economy is at risk of falling into recession due to a lack of sustainability. Against this background, the demand to get rid of the concept of growth is gross nonsense with a view to employment, prosperity and social peace. Last but not least, this would turn into a lack of income to service the loans.

Anyway, the current inflation is not primarily attributable to demand but to the supply side. After the Covid-pandemic, all companies worldwide want to get their raw materials and intermediate products back at the same time. The looming energy shortage in Russia will also cause energy prices to rise further. However, trying to fix this supply-side inflation with a central bank toolbox will be as effective as trying to cure a broken leg with a headache pill.

In any case, the so-called hog cycle will cut off the inflation peaks, at least in the longer run. Because if something is scarce and therefore high prices can be achieved, more will be produced until the prices fall again. By the end of the year, we will be talking about a glut even in semiconductors. This development reduces the pressure on central banks to act excessively restrictive.

With a view to the war in Ukraine, the ECB in particular is even more caught in its ultimate rescue mission. After all, this conflict is happening on its own doorstep with spill-over effects on Western Europe. The advanced and expensive development of alternative energies requires even more financial help from the ECB then before. And there is another challenge ahead. The new security policy situation will make the ECB – through the purchase of government bonds on secondary markets – indirectly the financier of additional military spending which no European country – including Germany – will be able to compensate on its own. And should the European economy need further support as a result of geopolitical frictions the ECB will have to help again at this point as it did during the Covid-pandemic. A truly restrictive monetary policy is becoming less and less likely.

When it comes to monetary restrictions, the ECB is even less flexible than the Fed as it must curtail the tremendous centrifugal forces in Europe, too. If the excessive indebtedness of some euro countries were not absorbed by it in the form of low interest rates on loans and bond purchases, the next debt crisis, which would quickly lead to dangerous “Euro Sclerosis”, would not be far off.

In general, one can get the impression that central banks drag behind inflation without the intent to really catching catch up with it. Because with negative real interest rates, a pleasant, artificial deleveraging effect of state indebtedness can be achieved.

Stock markets in 2020: The wheat will be separated from the chaff
Overall, central banks will not be able to act as hawkish as some market participants may fear. They will continue to prioritise economic stability over price stability. Sooner or later, investment markets will understand that monetary policy will remain a good friend of financial markets, not their enemy. So, the liquidity boom is not over. Investors are not driven out of stock market paradise by monetary policy.

At the same time, this means that interest saving plans cannot become more attractive as an alternative. In fact, I am firmly convinced that interest-bearing securities in our financial system – apart from trading strategies – will never be able to offer decent returns again. The normative power of reality just doesn't allow for it anymore. The world has a total debt of about $300 trillion and it's only going up, not down. How are these obligations supposed to be serviced properly if interest rates are rising sustainably? And where there are no high lending rates, there can be no attractive savings rates either.

Nevertheless, even moderately rising interest rates lead to a certain turning point on the stock market, which primarily affects highly valued tech stocks. True, not all of them are endangered. But as with Charles Darwin, this will be a survival of the fittest who can prove sustainably successful business models. Digitisation and the replacement of human labour by machines will certainly continue. But stay-at-home stocks, like streaming services, are likely to enter into a little less optimistic future.

Some Covid-19 winners are also experiencing a cut. When their boom comes to an end due to the expected transition from pandemic to endemic, their potential will melt away like snow in spring. Think of food suppliers and vaccine manufacturers if they don't have any new blockbusters in the pipeline.

Cyclical stocks are currently in the fog of geopolitical uncertainty, indeed. A mini recession is possible, at least there is a risk of stagflation as Western sanctions will boomerang into countersanctions. Energy, as a lubricant for the economy, is becoming even more of a bottleneck. Due to scarcity and high prices, production will become more expensive and, in extreme cases, even decline. Price increases passed on by companies to customers will keep inflation at a high level, weigh on purchasing power and thus lead to a loss of prosperity. At least, since there are more and more far-reaching economic openings in a post-Covid period, cyclical stocks are still receiving support. Post-Covid beneficiaries are also the biggest losers from then like the airline, port and tourism sectors.

Utilities and energy stocks, which are benefiting from the double whammy of the revitalisation of fossil fuels forced by the energy shortage and the dynamism of new energy, are just as attractive.

Depending on the news situation in the Ukraine conflict, investors have to endure high price fluctuations for the time being. However, you can parry this with regular share savings plans. So, when prices are weak, investors can console themselves with the fact that there are more shares for the same money.

As in the past, the stock exchanges will successfully weather the Ukraine crisis. No aggressor manages to thwart the free world.

Legal information / disclaimer and principles for dealing with conflicts of interest at Baader Bank AG: https://www.roberthalver.de/Newsletter-Disclaimer-725